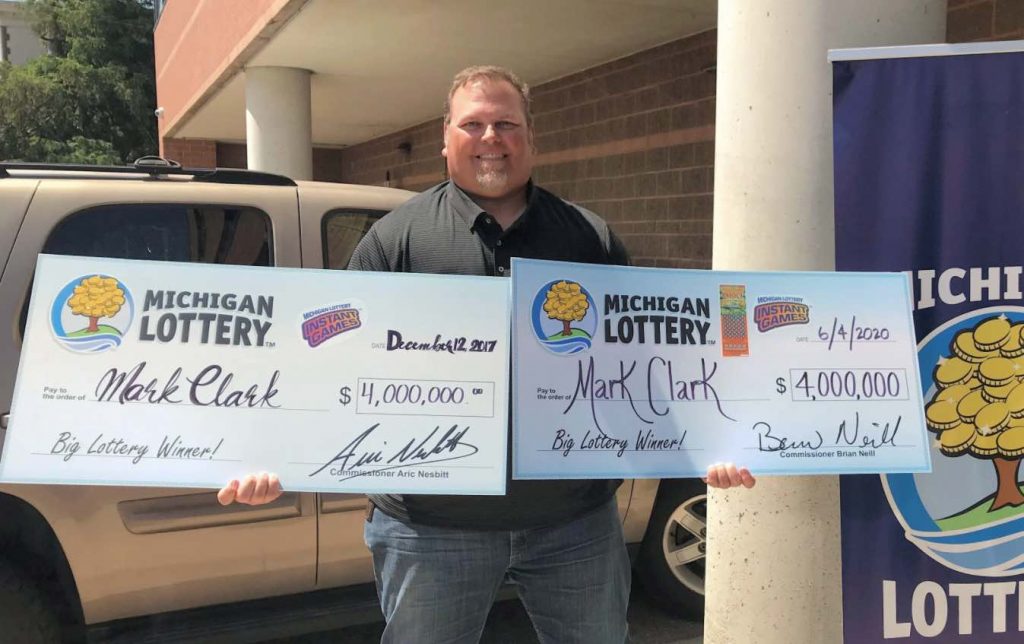 Mark Clark may be the luckiest man in Michigan after winning a second $4 million prize in the state’s instant game lottery.

Clark, who lives in South Rockwood, Michigan, won the prize after using a coin given to him by his father who died last year.

“I scratched the ticket off in the store…and I can’t help but think maybe that lucky coin helped me win this.”

The first time Clark won a $4 million prize was in December 2017, when he played the Lottery’s Millionaire’s Club instant game.

“You don’t think you’ll win millions once—and you definitely never think it would happen twice,” said the 50 year old, who he kept playing the lottery, anyway.

“After the first win, I retired from my job and spent a lot of time fishing. My dad and I always used to fish together and have great memories of that, so this will help me keep fishing and enjoying time with my son and family.”

Clark chose to accept his prize as a one-time lump sum payment of about $2.5 million rather than annuity payments for the full amount.

CHECK OUT: See All GNN’s Stories About How Other Lucky Lottery Winners Did It

“I’ve had a lot of ups and a lot of downs in my life, but everything is pretty amazing right now,” Clark said. “It’s hard to put into words exactly what I am feeling.