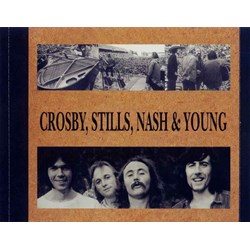 Simple Man was sung by Graham Nash with David Crosby singing a small portion of the song on the latter part.  Crosby, Stills Nash and Young are American Rock and Roll Hall of Fame.  Their Popular song is Teach Your Children Well.

Simple Man melody is melancholy.   The Simple Man song expresses his love to a woman.  A woman who made him strong and he wanted to hold her for the last time.

I often hear the Simple Man song. My husband likes to listen to it. Though the lyrics of the song are not exactly our story, perhaps he just simply loved the melody.

My husband visited his dear friend a few years ago.  While his friend lie on a hospital bed and could hardly speak, his friend whispered to him something.  He  said. “I saw my wife and all the hospital staffs who encircled my body while I was lying on the bed. I was walking inside a tunnel when immediately someone called me that I returned and I woke up.” He said that while walking inside the tunnel there were two things in his mind which holds so dear to him – his wife and his child.  He said to my husband “The only thing that matters when you are there is your family.”

My husband and his friend shared the same perspective in life.  They hold dear their families.  They love to sing together. Singing was their jamming time while his friend was still alive. When his friend passed away on August of 2003, a few days later I gave birth to our youngest son.  My husband said “I lose a friend but God gave me a son.”

The few lines of the song happened to us a few days ago.  My husband had a severe asthma attack. I have to bring him to the hospital.  So severe was his attack that breathing was a burden.  He reached the point that he could no longer speak. His head down I raise his head and tears rolled down his cheeks.  He held my hand and whispered “stay beside me”.  We are still in the hospital up to this very moment but he can now easily breathe again and on his way to recovery.

He became sweeter and always kisses me as a sign of his gratefulness for the simple things I do for him daily.  He knew that family is very important.  He knew what his friend said to him about family was true. But only when you get to feel the same suffering and emotion will words find their real meaning and significance.