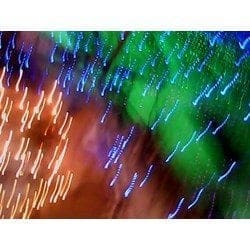 For most of us it gets harder to rise above the day to day chaos of contemporary corporate life and find the time to ask the right questions, much less to answer them. We need to relax, step back from the fray, and think long and hard about the vital questions upon which our long-term success depends. Years of research into what makes companies tick have convinced me that ten transcendent issues lies at the core of every business- customer, quality, service advantage, talent, motivation, trust , technology, alliances, and costs. The way in which individuals and teams deal with these issues largely determines their organization’s success or failure. If the Previous decades urged us to ‘ask the right questions’ the now is forcing us to come up with better ‘right answers.’

Mattel Toy Company had been a smash hit for two decades, and then the company experienced a slum by not paying attention to what a new generation of little girls were playing and thinking. By the late 1970s these ‘customers’ were not interested only in fantasies involving the kitchen, living room or bedroom, where Barbie amused herself waiting for Ken to ask her out for a date or to get married. In the early 1980s, Mattel Toy Company began to use focus groups to study the playing habits of girls and discovered they were ‘playing’ with their dolls going to work. Acting on this lead, they came up with a ‘working girl Barbie’ a stylish business executive. The change was so successful that Mattel Toy Company later introduced two new ‘career’ Babies- a doctor, and a Flight time Barbie.

Answer: for Company x, the answer was to remain constantly in touch with the customer. Mattel Toy Company has continued holding focus groups, using them to address changing customer needs rather than mere likes and dislikes.

The king of catsup, HJ Heinz, relentlessly cut costs. However, the ‘to the bone’ tactics ultimately reduced the quality of Heinz products. For example, the managers of the company Heinz Ore –Ida potato processing plants had taken a very hard nosed approach to cost cutting, downsizing, streamlining, and speeding up production, but by doing so they had changed the taste and texture of that division’s product, Tater Tots, which disappointed considers and prompted a decline in sales.

Question: how can you determine the ‘strategically right’ level of quality?

Answer: a relatively small shift toward delivering strategically identified levels of quality, i.e., levels of quality demanded by customers consistent with economic feasibility, caused Heinz to add workers and to slow down the production line. Efficiency, of course, went down but effectiveness went up as the old Tater Tots taste came back and with it customers.

A CEO of Warnaco, a $650 million apparel distribution company that sells Christian Dior and other brand name merchandise. Since Warnaco ’s customers consist of retailers in a highly competitive environment, Wachner and her people geared up their sales force to provide additional help, such as making sure that the merchandise is displayed alluringly and that sufficient quantities are on hand to meet the needs of shoppers. Sales people began helping retailer sell the merchandise by answering consumers’ questions and providing all round merchandising support.

Question: how and when do you decide to change the type and level of service you provide your customers?

Answer: in the apparel business, since fashion rules the day, you must effectively respond to trends. Linda Wachner views changing service levels ‘the same way. She’s always ready to change the way she sells, the way she organizes her sales force, or anything else to provide better service to retailers.

All this aims at enabling everyone in the organization to be more responsive to company challenges and more productive in applying competitive advantages of profit.

Question: what can you do to help every employee become more effective in maintaining or building the organization’s competitive advantages?

Answer: at Kodak’s injection molding camera body division, the company subdivided the manufacturing plant into small, independent shops. Each unit now enjoys the autonomy to make decisions that affect its own profit. For instance, it can choose to buy from vendors outside the company. Preliminary results show the division beginning to realize reduced inventory, increased worker productivity, decreased cost of information processing, and greatly improved inventory accuracy.

Donald Fisher, founder and CEO of The Gap, a chain of retailing outlets that capitalized on the jeans craze of the 1970s, built his company to a level of US$ 500 million. His real estate experience allowed him to dot the USA with his outlets, invariably positioning locations where they could flourish. Even so, Fisher felt that something was missing. He dreamt of creating a company that could be perpetually successful, providing quality clothing to a broad range of customers, but he concluded that he himself lacked the necessary merchandising talent.

Question: can you identify the talents you need but currently lack?

Answer: Don Fisher found his missing talent in Micky Drexler, formerly president of rival retailer Ann Taylor. Drexler brought masterful merchandising to The Gap, transforming it from a teenage jeans and shirt focus to one that included classic and comfortable clothing for almost everybody.

Drexler’s sense of what works and what doesn’t wor5k in retailing was exactly the right kind of talent for The Gap. His New Gap Kids and Baby Gap store innovations helped the company increase its sales threefold.

Kellogg ran into difficulties at the end of the last decade. Market share waned, expansion plans fell be the wayside, and the company lost millions in anticipated revenue. In response to the cereals company’s difficulties, president and chief operating officer Horst Schoeder began taking people to task. Schoeder called for the development of a new product every quarter, a demand that put enormous pressure on employees. As Schoeder pushed production teams to the breaking point, he made it clear he wasn’t interested in hearing excuses. Schroeder’s primary motivation seemed worthy; to get the company back on top again. However, the values that motivated his actions did not synchronize with the Kellogg way. Schoeder was overriding the widely held and deeply felt Kellogg values of teamwork, consensus decision making, collegiality, and conformity.

Question: Do you recognize, understand and appreciate widely held and deeply felt values in your organization?

Answer: Schoeder was fired. William LaMothe, chairman and CEO, attributed the ouster to poor chemistry and philosophical differences. Even a president with the confidence of the board of directors can run into difficulty if he or she ignores the widely held and deeply felt values of the organization.

At Royal Dutch Shell, a company that exemplifies the learning organization, a lot of trust regarding the future of the company has sprung up because management keeps the borders to change open. The company says it does not create plans, it changes minds. It encourages people to create scenarios, playing ‘what if’ games that relate to the future. The trust level has shot skyward because people know they are not going to be taken by surprise.

Question: How do you keep the borders to change open and feelings of trust solid?

Answer: After the Iraqi invasion of Kuwait, Shell, fully prepared for such contingencies in the Middle East, had already been working hard to make it self independent, with plentiful reserves and an US$8 billion cash surplus. Clearly, Shell wrote some accurate scenarios that kept the border wide open.

Frito-Lay executives conceived of a hand held computer system that would allow more than 10,000 salespeople to feed in data from their various locations thought the day. The company could use the information to respond more effectively to customer buying trends and store stocking needs. Ultimately, this technology promised to make the company’s store door delivery service more effective and efficient.

Question: how do you determine the strategic appropriateness of new technologies?

Answer: the hand held computer system strengthened Frito-Lay’s main competitive advantage. The company didn’t jump at the technology for its own sake but because it embodied a state of the art decision support system.

In the late 1970s, Pioneer, the Japanese electronics company, was experimenting with a laser video technology that seemed to offer great promise. By 1980, Pioneer had entered into a joint venture with IBM and MCA. Unfortunately the marriage did not unfold as its partners envisaged. While Pioneer had fully committed its best resources to the technology, MCA was using an old record factory to make the laser disks, many of which did not perform well. In 1982, IBM and MCA gave up on the project. IBM and MCA, glad to get out of the deal, expected Pioneer to lose a lot of money betting on a technology that wasn’t going to succeed. To their way of thinking, videotape would continue to dominate the business for decades.

Question: how do you decide whether you should retain or end an alliance?

Answer: Since MCA’s quality problems had hurt the cause, Pioneer concluded that it should end the alliance with MCA. While IBM still contributed to the effort, the unattractive picture for the future of video disks caused it s attention to the joint venture to wane. After Pioneer bought out its partners, it spent millions of dollars on laser disk technology. In a market now growing at a rate of 35% annually, Pioneer controls 75% of the action. Pioneer chose to go down the road by itself because its partners lacked the vision and commitment to continue. Today, IBM and MCA may wish they’d kept the marriage alive.

As the price of oil plummeted in the mid 1980s, Oryx Energy cut a lot of people in order to stay alive. But it still found costs running too high, so it hired consulting firm United Research to conduct a comprehensive survey of employees to discover how they really spent their time. The research uncovered the insight that many employees felt overworked, overly pressured to meet budget targets, and too preoccupied with organizational processes. Consequently, they spent only a fraction of their time discovering and producing more oil.

Question: how do you learn the new art of cost cutting?