It seems like only yesterday that the world was introduced
to the Mighty Morphin Power Rangers.

It has, of course, been twenty
years since these colorful ninjas made their first appearance;
subsequently catapulting Fox Kids into the spotlight.

Despite the fact that Power Rangers have been around for quite a while,
these outfits remain extremely popular with boys and girls alike.

Additionally, with the recent release of a new series known as Power
Rangers Megaforce you can be certain that these outfits will once again
be popular this trick-or-treat season!

My son is six and he loves anything to do with ninjas, swords, and
karate. As such, he absolutely gets geeked up talking about these
costumes.

You will definitely want to add an officially licensed Power Ranger sword as the one pictured does not come with this costume!

One of the cool things about this franchise is that girls get an equal shot of being awesome. You could say that this series simply would not be the same without the Pink Ranger.

You would, of course, be hard pressed to find anyone that did not agree!

If your daughter wants this outfit for Halloween, I would recommend that you go ahead and get it now as you can be sure that it will sell out quickly once the holiday shopping season approaches.

If you are looking for a brand new, recently released Power Rangers
costume, then this Gold Power Ranger costume is just what you have been
searching for!

This officially licensed outfit comes complete with a bold blue and gold
colored jumpsuit style outfit that features a muscular torso and silver
belt that includes a buckle that actually detaches. 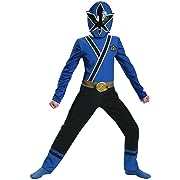 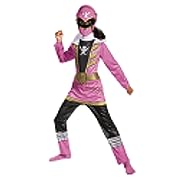 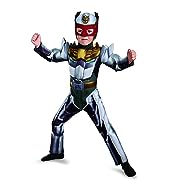 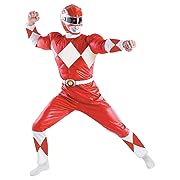 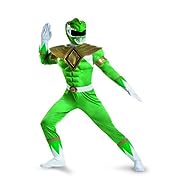 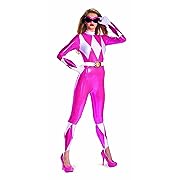