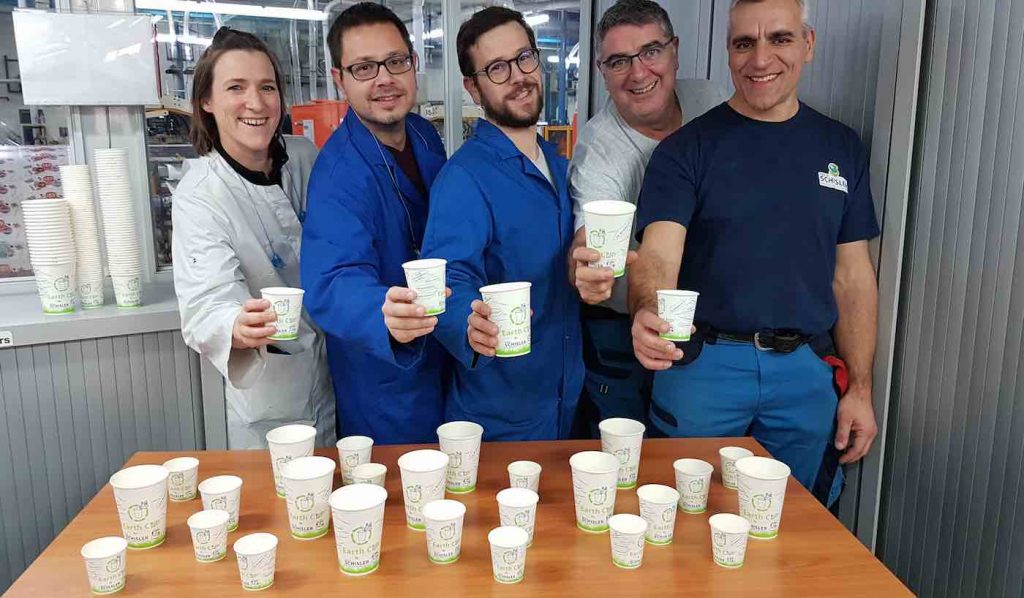 12 innovators have joined food and beverage leaders to tackle one the largest sources of unrecyclable waste: the takeaway coffee cup.

Each year, 250 billion to-go cups that serve coffee and tea from places like Starbucks are produced to satisfy the world’s love of hot drinks on the run. These fiber cups have a thin plastic lining to prevent leaks, and keep water from absorbing into the material—but that also removes any opportunity for the cups to be biodegradable.

The materials are recyclable that create these goblets of goodness and convenience—but only if separated—and combined with the low demand for such resources means it is worth next to nothing.

In response to this massive challenge, NextGen Consortium, a multi-year partnership led by Starbucks and McDonald’s launched their first big initiative—NextGen Cup.

The first step in NexGen Cup was an open design competition where innovators submitted ideas for sleeves, straws, cups, lids, liners, and other components of the hot-cold fiber takeaway coffee cup that would make it reusable, recyclable, or biodegradable, to eventually be available on a massive scale.

The 12 winners, announced in February 2019, shared a prize of $1 million, as well as personalized scaling-up, growth, and logistical support from members of NextGen Consortium which include other massive companies like Wendy’s, Nestle, and Closed Loop Partners.

Last month they launched two pilot programs at independent coffee shops in California. In one case, customers in San Francisco and Palo Alto were given “smart” reusable cups made mostly from recyclable plastic and printed with RFID chips or QR codes for tracking. They could then drop their empties into collection containers at key locations, for washing and reuse. The tracking can help determine where there is the greatest need for collection containers, and how many are not using them.

Like a bike share program but for coffee cups, Cup Club is already replacing millions of takeaway cups in the UK, while Recup in Germany, has implemented a deposit-system that simply adds a small extra fee to any coffee cup which is returned to the buyer after the cup is deposited in any registered collection point.

The second test launched in California is using new compostable and recyclable single-use cups in Oakland.

The NextGen Cup challenge winners included entire take-away cup systems like Game Changer Cup from Finland and Earth Cup from France, and others who tackled the issue of creating a more sustainable or biodegradable cup liner, like Colombier BioBarrier Coating from the Netherlands, and US/Belgium partnership Solenis LLC.

ALSO: They’re Fixing The World’s Plastic Problem Using ‘The Milkman’ Concept – With All Your Favorite Products