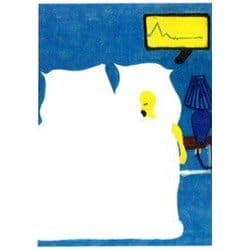 There are two topics that will be mentioned during this article. Number one is about the job description of a security guard. Number two is about the job descriptions of EMT’s. Now let’s begin.
First, there are some questions I have for you to consider.Have you ever been in a Greyhound bus station trying to take a nap while waiting for your bus? While there, were you tired because you were up all day, and depending on where you were going, your bus may not have arrived for another several or more hours?
Have you experienced an incident there that irritated you? Think about was caused the irritation. It happened to me. If you’ve never experienced this,let me give you an example of what happened and what can happen while you are trying to take a nap at these kinds of places.
You get awakened by a security guard. Sure it is O.K. to ask if you have a ticket to travel. The problem is if they just want you awake, or beg you to wake up. What the heck? Leave me alone? What really chaps my hide is when people come to the Greyhound station with really bad health problems and crash, knowing they ought to be in the hospital, but take advantage of security guards with medical skills, who end up checking them out, telling them that they are experiencing whatever it is.
It makes it horrible for travelers like me, because their silly butts are napping to death, when there’s a hospital that may not be that far away from the Greyhound, and I’m exhausted, weary, and waiting on my bus. If you are one of these types of people who invade places because you may know these individuals have medical expertise, please seek help! Go to your doctor or the nearest hospital.
Please people! Let security guards guard the building. It’s sickening seeing people using the Greyhound as a secondary E.R. The Greyhound is a place of travel. Another pathetic thing is the fact that security guards have to go through extensive training regarding medical emergencies.
They even have instruction on splints! It doesn’t stop there. They are taught how to change dressings and other things. Well, that sucks! There is a reason EMT’s are EMT’s. To do this particular thing! Security guards are not nurses. I feel that if anything requires more than a bandage, call 911.
This is too much for the security guard. There is already too much they have to learn, anyway. What they have to learn during training is a job itself. I feel that they only need to know what to do with the emergency kit and that is it. If they choose to take CPR classes, then that should be a choice.
Otherwise, just guard the premises. Security guards are not nurses. Nor are they doctors. Playing nursey to someone could jeopardize the security regarding the property, premises, etc. Especially if there is a low ratio of guards versus people. For example: 2 security guards to 150 people in a Greyhound bus station (2:150).
Unh, uhhh. No way. Leave the bandages and crap to the EMT’s and other medical personnel, bar the “terminal sleepers” from the Greyhound, and let the weary/ tired travelers nap. And, throw those who are irritated with the traveler sleeping out, along with those purposely trying to wake the sleeper up by stomping or clapping loudly,etc., when their expected bus is not coming.
What is acceptable is an announcement made over the P.A. system that your bus is coming.

EMT’s Remaining In Place During An Emergency Situation

Have you ever known anyone in the medical field who have tried to get someone transferred to a hospital and they had to call 911? What about while this particular person waited for the ambulance, upon the arrival of the EMT’s that medical professional was bombarded with questions for the first five minutes, while the other five or so minutes was still spent in that home, facility,etc.?
This is the kind of stuff that irks the devil out of me!
Number one: The transfer form is already filled out. This includes what has been observed by the medical personnel about the prospective patient who’s supposed to be going to the hospital.

Number two: The allergies and M.A.R. (medical administration record) is usually accompanied with the patient . This form contains a list of the patient’s medications.

Number three: Copies of the medical history ( maybe even psychological history) is also accompanied with the patient.

Another pathetic part is the fact when the EMT’s grill you again, after you have already spoken to 911 dispatch. It’s almost like you’re starting all over! And this is just the beginning!
You answer their questions. You hand them over the information. Next, they stand there asking the patient questions. The patient is not always conscious or even in a state of mind to do this. Further, the pathetic happens: The EMT’s remain there as if where they are is triage and they are already at the hospital.
This kind of thing ticks me off. Time is ticking by. EMT’s have limited equipment. They are certainly not at the hospital! Last but not least, they’ve only just begun. What would help would be to haul tail. Hospitals have ventilators and all kinds of machines. My belief: Get them out of here!