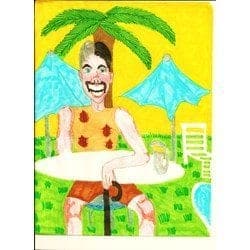 Are you unemployed? Are you tired of job hunting day after day just to find out that no one is hiring or will hire you? Or, are you the one who was on the job hunting prowl and have absolutely exhausted yourself to the point where you are just sick and tired of being sick and tired?
If not, are you unemployed and going through your own unique personal trials and tribulations?
Unemployment sucks. Most of the time unemployed people go through a whole lot. Sometimes it is so bad that meals might be missed (including necessities such as water). Sometimes it doesn’t matter if one goes to a food pantry, either. A lot of times food from these pantries are old, stale, moldy, canned foods sometimes are without labels, and canned goods are warped out of shape, causing one to question the issue of botulism. Many things can happen to an individual or people altogether. Other unfortunate things can happen such as: malnutrition, dehydration, starvation, and illness.
Family relationships may even sour, especially if one family member in particular used to be the main bread winner. People from your own inner circle including family can start off being your best buddy to your worst enemy. And, don’t get sick. If it’s that bad these same people could really rub it in and treat you like or worser than an orphan in an orphanage.
They may even say things to you that you have never even heard them say in your entire life. Some words can be the type of words one may have seen others re-enact on television. What are some of the worst words to hear? Some of the worst words to hear may be, “I wish you were never born,” and “I hate you.”
Yes. Ladies and gentlemen it can get ugly. For those who have been unemployed for over a year, the job hunting process may even slow down on the job hunter’s part. One year may turn into two, then three. When the job hunting process slows down if one is unemployed, that person as an individual may have gotten way past frustrated.
There are so many reasons people even remain unemployed for so long (aside from being frustrated). This is without being under the influence of drugs, alcohol, depression, etc. There may be discrimination due to skin color, height, weight, age, and/or gender, etc.
There is nothing more frustrating than getting turned away after walking into a place where there is a “now hiring” sign on someone’s door of business, and one is told, “Sorry we’re not hiring.”
Especially if the sign remains on the door and/or window(s) of the same business.
There are so many examples that can be mentioned in this article. It is even bad if one goes through job training and still does not get a job. Before worse gets worser, one turns on the T.V. to hear the newslady/man talk about the economy going up or down, like hearing the DOW, NASDAQ, and crap going up or down.
Programs have even been scrapped (taken away). Just about every employment office in the entire United States (possibly) has cut out helping people with trying to get jobs appropriately in an expediate manner. Several years ago the employment office had a program where one could go in, schedule an orientation, get assigned a case worker, and go through a list of jobs that were hiring.
For example, you as the job seeker would pick the job you wanted to apply for. Second, the case worker would call the employer and made sure the opening for the job was available. Third, the employer would tell the case worker what time they needed you in the place of business for an interview.
And last but not least, your case worker then filled out information on a yellow card, sent you on your way to that place of employment with the correct address, phone number, and appropriate directions should you need it. An individual was almost “guaranteed” to get a job this way.
Now the empoyment offices no longer do this. What next? Well, I have an idea. I feel that if a person is unemployed for any reason, they ought to be able to receive money out of their retirement from social security. This should start from age eighteen and up. Why? Everyone of legal working age needs to have an income. A lot of people have families to provide for.
A person should be able to apply for retirement benefits with no qualifications other than having no employment. Once a person signs up that following week, a check from what has been acquired as wages from employment throug their lifetime could be sent once every two weeks. This should go on until the unemployed individual gets employed once again.
That way whether the economy is up or down, everyone who is unemployed will be getting income whether they are retired or not. This is without having to be 65 and up. It is not right remaining in limbo nor being in constant worry that one nor a person’s family is not being provided for.

Pre-Retirement Special!
Come one. Come all! An income opportunity for every unemloyed individual. You will not want to miss this!
Early Retirement Sign up:
Apply to take care of the family.
Left