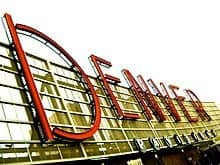 An Extraordinary Job In A Recession

The heart of a recession means many things to many different people.  I’m not going to argue those points right here.  But what I am going to do is suggest to you ways specifically in the job market that may help you progress pass those impossible odds and bring in an income when everyone says that you can’t.
Very often the reason they say that you can’t isn’t because you’re not able, but rather because it has to do with those limitations that they have chose to place on themselves.  “They” decided what you can and cannot do and all the reasons this is the case.  While some of those reasons may be valid, it’s those same limitations that are holding them back, but they don’t need to hold you back.
Common things that are said in a down turned economy is lack of money, lack of time, fear and well you feel in the blank.  Again each of those may be true reasons, but that doesn’t men they have to be limitations for you.  Real estate and investing are two of those job markets that people often say is impossible during a down turned economy, and that’s what is the example I’m going to use in this field.
Risk is a four letter word!
It means taking where your’re at and becoming more then you once were.

Consider first those that are running away from the field of real estate, may in fact not have been any good at it to begin with.  When things are going good, it’s easy to appear to be good at something.  But consider that if you’re good at finding out peoples needs and how to bridge them with a product, real estate may be the right job for you, during a recessions.
Real estate isn’t necessarily about ‘smarts’, but about your ability to stick with it, and push through to get to the other side.  Consider that those that are fire-people and police are always the runs running into the disaster not away from it.  They are often fearless individuals, and that’s why we admire them so much.  The same is true for those that play professional sports, police officers and many other professions.  Are you a fearless individual?  Do you love a challenge?  Then real estate may be right for you.
Doing what everyone else does...
doesn’t make you the leader of a pack…It makes you part of the pack!

Do you live by the motto: when the going gets tough, the tough get going?  This can also be a reason why real estate is right for you.  When there’s a recession, it’s the time when you have to dig deep in order to find out what you’re made of.  It’s also a time for you to be creative.  And it’s also a time for those that like to think outside of the box, to blossom in real estate.  Why?  Because it’s going to take those qualities in order to make it and be a real estate mogul.
Is tenacious one word that people use to describe you?  That’s another good indicator that you are right for the real estate market during a recessions.  If you’re like a bulldog and don’t like to give up, but rather push in and through, then it’s very possible that real estate is a good fit for you.  Consider if you have a lot of friends that want to move or sell their home, then you very well could have your foundation for starting your business.  After all, it’s not about where your starting at, it’s about where you’re going and where you’re looking at wanting to finish.
So are you rising above the pack and becoming a Mogul...
or are you going to stay with the pack and let them determine your future? The choice is yours!

The question now, isn’t if real estate is right for you, or even if you’re right for real estate.  The question is, are you willing to break out of the box that everyone else has created for you, and do something that will improve your life and the life of those around you.  That makes the bottom line simple: Are you going to let others define where you’re at and what your doing and where you’re going to go, or are you going to do what you need to do and become a real estate mogul and move your family and life to the next level.  The choice is always up to you!