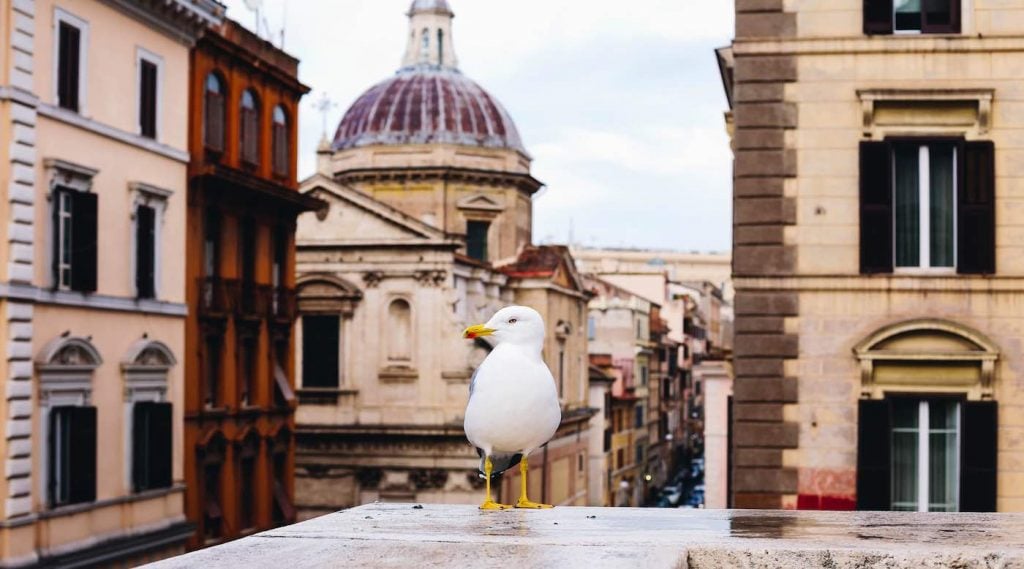 Animals are changing their habits as we change ours. The COVID-19 pandemic has spurred many of us to adopt habits that help us cope with the new reality. Meanwhile, on the empty streets of Rome, the city’s feathery sky divers are going back to their natural ways.

Italy has been under lockdown since March 9, including the restaurants and cafes where seagulls normally pick from among scraps of food. Starved of these usual tidbits, the gulls are now turning into hunters again and fending for themselves.

Bruno Cignini, a zoologist from the Rome University Tor Vergata, told local newspaper Corriere della Sera that the species, known as Yellow-Legged Gulls, “are going back to being predators”.

“They are catching mostly pigeons but also swallows, black birds. They’re also going after the fish in the Tiber,” he said.

“Luckily, they are also eating rats.”

While the gulls aren’t entirely unfamiliar with eating rats or pigeons, previously they only pecked at them as roadkill. Now however, they are actively hunting down their prey—and earning Italian brownie points for putting a cap on the rat population.

POPULAR: Dozens of Blue Whales Spotted in Antarctica For the First Time Since 1980s Whaling Ban

The city has had a waste management problem that attracts a number of unwelcome visitors—seagulls being one of them. The gull population in Rome has grown to tens of thousands and they are scorned as pests by locals and tourists alike, as they snatch food straight out of the hands of pedestrians.

As we notice cleaner rivers and smog disappearing from city skies, another silver lining of the worldwide quarantine may be the animal species that are forced to take a walk on the wild side, as we wait for better, brighter tomorrows.

This is just one of many positive stories and updates that are coming out of the COVID-19 news coverage this week. For more uplifting coverage, click here.

SHARE The Unexpected Silver Lining With Friends on Social Media…