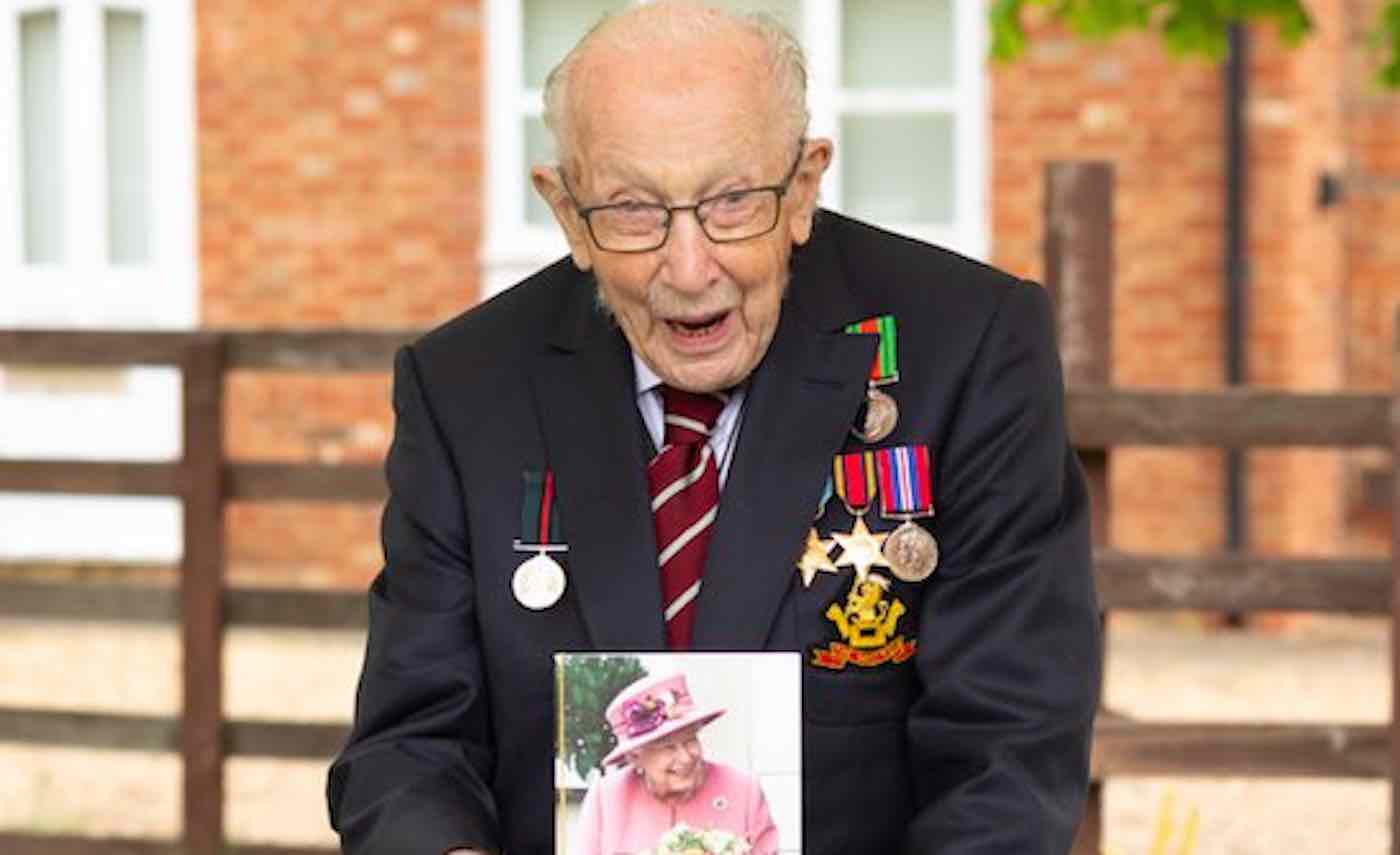 Captain Thomas Moore—the WWII veteran who captured hearts around the world after successfully raising millions of dollars for healthcare workers fighting the novel coronavirus—has been officially knighted by the Queen of England in honor of his incredible campaign.

Moore originally started walking around the his back garden on April 6th with the intention of raising just £1,000 solely by doing 100 laps before his 100th birthday on April 30th.

Over the course of just one month, however, Moore’s fundraiser topped a whopping £32 million ($40 million) for NHS Charities Together—a new Guinness World Record for money raised on behalf of the healthcare system.

In recognition of his awe-inspiring achievement on his 100th birthday, the war veteran was officially promoted from the rank of captain to honorary colonel in a letter presented by Lt. Col Thomas Miller and approved by Her Majesty the Queen.

More than 1 million people from around the world also signed a petition to have him knighted—but despite all the appreciation and praise, Moore remained humble during his birthday celebration with the press and requested that they end the event with a round of applause for healthcare workers.

Thanks to a special nomination from Prime Minister Boris Johnson which was approved by Queen Elizabeth II this week, however, the veteran’s official new title is Captain Sir Thomas Moore.

2/2 This started as something small and I’ve been overwhelmed by the gratitude and love from the British public and beyond.

We must take this opportunity to recognise our frontline heroes of the National Health Service who put their lives at risk every day to keep us safe.’

Since the news was officially declared on social media, millions of people have been using the hashtag #SirCaptainTomMoore to celebrate his achievement.

“On behalf of everyone who has been moved by his incredible story, I want to say a huge thank you. He’s a true national treasure,” said Prime Minister Johnson.

(WATCH the captain’s heartwarming response the news below)

“I am overawed by the fact that this has happened to me.”@captaintommoore gives #BBCBreakfast his reaction to the news that he is to become #SirCaptainTomMoore.
More here: https://t.co/Kon4M9hWZw pic.twitter.com/CEwEHvHG9T