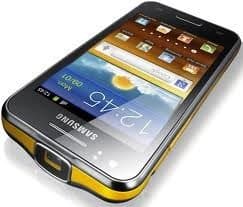 I wonder how many would remember the great West Indian speedster Sylvester Clarke in the present era of cricketing world. He is easily one of the forgotten great fast bowlers of the past. It is almost 13 years since he passed away in 1999. He died on 4th December 1999 a few days before his 45th birthday and one month after the death of another great West Indian fast bowler, Malcolm Marshall. In fact both of them were from Barbados. It is sad that Barbados lost three great West Indian cricketers that year within a span of one month. Sir Conrad Hunte was the third Barbados cricketer to die that year. He passed away just a day before Clarke died.

You might wonder what is so great about Sylvester Clarke. Clarke was the most feared West Indian pace bowler in the early 1980s. He bowled with a great pace. Some of his lethal deliveries hit the deck and climbed at the batsmen! Many great batsmen of the early 80s admitted that Sylvester Clarke was the fastest bowler they ever faced. Many felt that he was unplayable at times. It is very unfortunate that this highly skilled bowler played only 11 test matches during his test career between 1978 and 1982. The already established pace battery in the West Indian team is one of the primary reasons for Clarkeâ€™s short test career.

It is very interesting to know that Sylvester Clarke played 5 test matches against India during the 1978-79 tour of India that he toured under Alvin Kalicharan. The fact that he dismissed the famous Indian opener Sunil Gavaskar 5 times in that series speaks volumes about his ability to get some of the great batsmen in the world out by virtue of his tremendous pace bowling. The great Australian batsman Steve Waugh once said that Sylvester Clarke was the fastest bowler he ever faced! Clarke was not a bad batsman either. He played for Surrey in the 1980s and took several wickets apart from scoring a wonderful century off just 62 minutes! He was nicknamed â€˜Sylversâ€™ by his colleagues. The deeds of this great fast bowler on the cricket pitch will be remembered for ever!