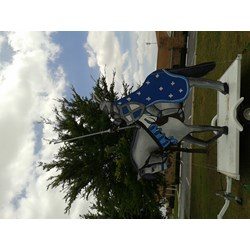 Has anyone seen the movie trilogy Lord of the Rings? If not, you guys have missed some of the best movies ever made. They are based on the written works of J.R.R. Tolkien, who was of English heritage and born in “Bloemfontein, in the Orange Free State (now Free State Province) in South Africa (info from Wikipedia)”.
The Hobbit is the story from where the Lord of the Rings began. If you guys are fans of the game, cartoons, movie Dungeons and Dragons, and the Harry Potter movie series, you might enjoy The Hobbit. In my opinion, The Hobbit and Lord of the Rings are the best. Further, finally, and possibly after a lot of “butting heads” in Hollywood concerning those who owned the rights to The Hobbit (studio rights I think), and much speculation, the genius named Peter Jackson was able to step up to the plate and give “die hard” fans such as: myself, what we wanted: A masterpiece.
I encourage everyone to check out the movie trailer for The Hobbit. It was totally different from the previews of the Lord of the Rings trilogy. The previews from those movies revealed a lot more, which caused me to have such a desire to see these movies that it reached a “crescendo”.
The Hobbit preview was totally different. To me, it teases a person to want to know more about what’s going to happen in that movie. However, it also left me feeling that it will be more than a treat when I saw the scene when Gollum (played by Andy Serkis) approached Bilbo Baggins (played by Martin Freeman, however legendary actor Ian Holm played Bilbo Baggins in the First and third film of Lord of the Rings) in that scary voice.
Oh, boy! I cannot wait! Hopefully the powers that be will give all the advertisement this movie deserves through December. Look out! It will be coming to a theater near you December 14th (this year, 2012).

The Hobbit: Coming to a theater near me December 14th, 2012 of this year
Time to have me a Lord of the Rings and The Hobbit party. Also time to have myself a late and much awaited birthday party with this theme.
Left