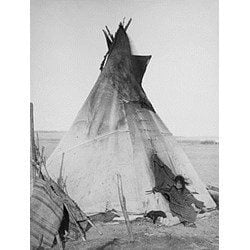 Homes are something that can be found in every culture.  From the begging of time as we know it, to current day and on into the future.  People always have and always will need to have homes.  Not just in the past, but in the present and future as well.

Consider that Native Americans, also called Indians, had homes, we called them Tipi’s (pronounced tee pees).  They were easy to create and very mobile.  The served the function that was needed by those that created them.   If you go back to the very begging, people lived in caves.  Currently we tend to live in more permanent structures, made of wood and plaster, but that’s not even absolute with all of the eco-friendly trends that are out there.

Homes, something that we love and need.

Homes of the past
were often for survival alone!

Homes Of The Present!

Homes of the present are homes that range from cardboard boxes under a freeway over pass, to the elite of the elite. You can look at any type of home on Denver’s real estate moguls and find that you can have homes for all taste and for all functions.

If you work hard enough, if you make the correct career choices, then homes where your motorcycle is in the front entry, can in fact be normal for you.  It doesn’t have to be a dream, but it most assuredly can be one.  There’s that old saying, “people don’t plan to fail, the fail to plan”.  Which is so true, so if you want a modern day home, that truly is a castle, then you need to plan and strategize on how to get one.

If you doubt this, consider Bill Gates and the home he has, it has bells and whistles that are beyond what most people would consider to be current, but rather futuristic in nature.  Many would argue it’s the home of the future, but if it’s here now, doesn’t that make it a modern home and not futuristic?

Modern homes can be
anything from a piece of cardboard, to a futuristic mansion that Bill Gates has.

While no one can truly predict what the future holds in the way of homes, there are definitely indicators, that we can pay attention to.

Those indicators are often in an unexpected place, in this case it’s the movies. We see that cars, will take a different form, doctors will have 3D imagery floating over us and homes, will change too.  With tv’s being projections, computers being 3D’s in the tops of tables and drinks almost being magically generated before our very eyes.

Yes, the future of homes and their developments are going to be huge, but like with the current cell phones, never before people are ready for it.  Those that are older and more mature will most assuredly be the last to jump on board, and those that are the youngest will never imagine life without out …well you fill in the blank.

What is the past...
was at one point the present and yet at another the future. The one thing we’re guaranteed is that we will in fact have new ideas, new development and new homes for all of our life.