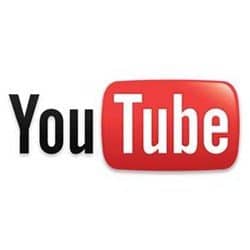 Weâ€™re not sure what the name means, but maybe thatâ€™s appropriate, because weâ€™re not sure how this channel managed to attract a mindboggling 2,546,832 subscribers either. Nigahiga is another comedy channel, and the majority of the videos are made by one guy, Ryan Higa. Well, that explains the second half of the name, but the first half is either racist or a mystery. Anyway, in Higaâ€™s own words, his comedy is â€œCrazyFastUpbeatNonstopADHDmomentsFullOfSarcasm-AndStupidNoobsThatGetPwnedâ€¦â€ Well, that clears things up.

Higa is a lot more likable than Fred or the talking orange, although thatâ€™s a pretty backhanded compliment. But regardless of what we think, Higaâ€™s popularity shows no signs of slowing down: heâ€™s been at this since 2006 and is miles ahead of his rival YouTubers in terms of subscribers. Weâ€™d call Ryan Higa the King of YouTube, but that may be another insulting compliment.

Fred is a character created by Lucas Cruikshank, a young man who clearly hates humanity. Fredâ€™s gimmick is that he talks in a loud, shrill and fast voiceâ€¦ and thatâ€™s pretty much all he does in each of his dozens of videos. Thereâ€™s little plot and few supporting characters; the only â€œattractionâ€ is Fredâ€™s incredibly irritating voice.

1,895,633 people follow Fredâ€™s antics, and his popularity has spawned a made for TV movie thatâ€™s set to appear on Nickelodeon this year. Nickelodeon hopes to turn Fred into a major franchise, so if youâ€™re lucky enough to not be familiar with him yet, be warned: you will be soon.

Shane Dawson TV blends commentary on pop culture and life in general with sketch comedy, and the results are disturbing. For example, one video features Shane talking about the Paris Hilton sex tape. First he acts it out, and then he segues into a discussion about how stress is bad. Next he advertises his clothing line (available at Hot Topic now!) and he follows that up with a sketch about Kevin Jonas. Then thereâ€™s another anti-stress pep talk, and that about wraps up your typical Shane video in just under five minutes. Itâ€™s a baffling combination, made much, much worse by the fact that heâ€™s not very funny. He has 1,794,678 subscribers who would disagree with us on that point though.

Ray Johnson is a man who likes viral videos. He likes them so much that theyâ€™re all his own videos are about; twice a week he puts together a compilation of them, then adds in his own unique brand of commentary. Somehow his videos manage to attract more views than most of the viral ones he talks about, because apparently there are a lot of people out there who get more out of viral videos if a creepy, fast talking guy with anime hair rambles on about them while they watch. 1,718,173 people, to be precise. Hey, itâ€™s hard to argue with valuable insight like â€œwinâ€ and â€œsquirrel AIDS up in your mouth.

Smosh is a sketch comedy duo, but unlike most of their contemporaries they forego traditional standards of writing and comedic timing. They pump out a new video every week, which takes serious dedication, but despite being active for a few years theyâ€™re still struggling with the comedy part. 1,705,254 subscribers think otherwise though, and surely that many people canâ€™t be wrong. Maybe weâ€™ve misjudged Smosh; videos about a plastic lizard attacking the actors or the adventures of a profane, drunken guinea pig probably just grow on you with time, right?

Philip DeFranco creates an impressive four videos a week for The Philip DeFranco Show channel, although the sheer quantity is tempered somewhat by a lack of quality. For around four minutes a day, Philip talks very quickly and makes very bad jokes about whatever happens to be in the news. Heâ€™s sort of like Kevin Jumba, except not as likable and with an extra hundred thousand videos.

There are 1,214,545 people out there who feel the need to see DeFrancoâ€™s opinion on tech news, celebrities and various weird headlines, although his opinion usually boils down to â€œisnâ€™t this crazy?â€ Still, his rigorous schedule is admirable. Considering the short attention span of YouTube viewers, itâ€™s impressive that heâ€™s been able to make a daily show work. Now, if only he could use his powers for good instead of inane commentary, because then heâ€™d really be on to something.

Mystery Guitar Man isnâ€™t a mystery, because you can see him clearly in every video he makes. But he does play the guitar, and to the best of our knowledge he is in fact a man, so thereâ€™s at least some accuracy in his name.

Much like Dave, Guitar Manâ€™s videos feature him showing off his musical talents, both by playing famous songs and creating his own. He doesnâ€™t just use guitars and drums either, but gets creative with things like pop cans and iPhones. His attempts at acting donâ€™t quite match up to his musical standards, but heâ€™s still clever enough to be well deserving of his 1,175,120 subscribers.

Dave Days is a guy who makes a lot of music. For the past couple of years heâ€™s uploaded one or two songs a month, and they cover all sorts of topics. Some are parodies of current pop songs while others are straight up covers, and he does original work as well. Theyâ€™re mostly about trivial things like his cat or how his computer sucks, but that still gives them more depth than the pop songs he spoofs. Heâ€™s a pretty talented musician, and while some of his work is a little silly itâ€™s no surprise that heâ€™s managed to rack up 1,162,035 subscribers. Also, he got to work with Miley Cyrus, which is something we all secretly dream of.

Kevin got started on YouTube earlier than most of the others on our list, which may explain why videos of him sitting in front of his camera for a few minutes and joking about standard subjects like racial stereotypes managed to accumulate hundreds of thousands of views. Options were limited back in the dark days of 2007; there just werenâ€™t as many videos of kittens out there.

But hey, YouTube standards were different then, so we should cut the Kev Jumba channel some slack. After all, heâ€™s since moved on toâ€¦ actually, his newer videos are still pretty much the same. Sometimes he stands in front of his camera instead, and sometimes he goes into a different room or something, but thatâ€™s pretty much it. Yet 1,065,962 people tune in to hear his thoughts, because apparently being able to hear somebodyâ€™s opinion on the Internet is a rare and precious event. Although to be fair, he does seem like a pretty cool guy.

The Annoying Orange is a channel thatâ€™s all about, well, an orange thatâ€™s annoying. Itâ€™s a very literal title. Every video features an orange with a personâ€™s eyes and mouth awkwardly edited on. The orange interacts with other talking foodstuffs, but the only real point of the videos is for the orange to be as obnoxious as possible. Each video is pretty much the same: the orange encounters somebody or something and it then proceeds to irritate them. And, by extension, us.

Seriously, thatâ€™s the only joke; the orange is supposed to be annoying, and it is. 977, 807 people find that premise appealing for reasons we canâ€™t quite grasp, and its popularity is made all the more baffling by the fact that itâ€™s only taken six months for this channel to acquire that many followers. Will The Annoying Orange be able to maintain that incredible momentum? Probably not.