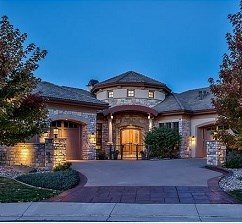 A mogul simply put, is someone that has become very rich and powerful in business.  This can take many forms in our society in our society.  Some people in the United States that are considered to be moguls would be those in the DuPont family, the Kennedy’s and Donald Trump.

Each of these families and people have more money then they know what to do with.  And each one of these groups is a mogul in their own right.  It’s understandable as to why this is the case.  They have billions that they’ve earned or have been earned by their families.  When you have that much money, and have made the sacrifices that each of them has had to make.  But now they’re more then reap the benefits.

You may be saying, “that’s great, but that’s not me”.  While that may be the case, it’s also true, that it can be you IF you chose to do the work that each of these has done in their family lineage.

If you don't love it...if you aren't having fun doing it...
then you’re going to give up. Steve Jobs!

If it’s your desire to be a business mogul, then you’re going to have to pay your dues.  That can come in many forms including starting at the bottom all the way to working on holidays.  It’s just a matter of how bad you are wanting to ‘make it’.  How bad are you wanting to make it.

Another way to become someone of power, a mogul, is to become famous.  If you doubt this you need look no further then Hollywood’s Oprah Winfrey.  She had challenges and was even up for being fired.  And that’s when things broke lose for her and the rest as they say is history.  She used the opportunities that were set before her and took each step.

She says in a interview at Stanford Business School that they put her on that talk show so that they would get out of the contract and fire her.  No one believed in her (another common theme), but she didn’t care because she believe in herself and was prepared for what was to come her way.  She is arguable the most powerful of women in the United States if not the world.

Hollywood: movie stars and actors are yet another group of moguls that are powerhouses.  They are movers and shakers no matter what country they’re in.

Is this the type of house you could sell...
opportunity meets preparation…Oprah Winfrey.