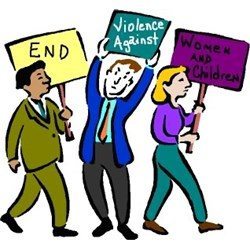 What Does Single Women Raising Kids Have To Do With This?

That is a very good question. What does it have to do with it? Well, consider that a single mother raising her family by herself still has to fend for her kids. So, she’s got to work. That, in itself, takes her out of the house for at least 8 hours of the day. The kids, after they get home from school, basically, have to fend for themselves. No grownup, no problem, right? Sometimes, but most times, that’s a BIG problem. Kids at home by themselves, and especially bad if the mom is one who allows them the freedom to pretty much do what they wish to do even when she is home. They’ve got friends, the television, the internet, and various other influences within temptation’s grasp. The son starts to ‘feel his oats’, asserting his masculinity. He’s the man of the house, right? Well, that’s what his mom has been calling him for years now, her little man, so, that’s exactly who he thinks he is. And hopefully his mother isn’t the type who brings her new beaus around. The more she brings, the more the son gets to see that this is how it is when dealing with women. His mom is unintentionally showing him this and that it is ok. Remember, the son is watching and will probably emulate the men who are brought into his life by his mother. And please, don’t let her occasionally allow one to stay over now and then. The son is and always will be a sponge when it comes to any man in his mother’s world. If any of mom’s beaus are violent, physically, mentally, or both, he now has a roadmap for violence when it comes to women. The respect for them is gone. Now the mom could have changed all of this, before it ever got started. Teach him to respect her and his sisters, don’t bring around a lot of guys, and definitely don’t allow her kids to see her in intimate situations with those guys, and the roadmap for violence from members of her household will probably hit a dead end, or at least a serious bump in the road. At least I hope so. That’s just my thoughts.