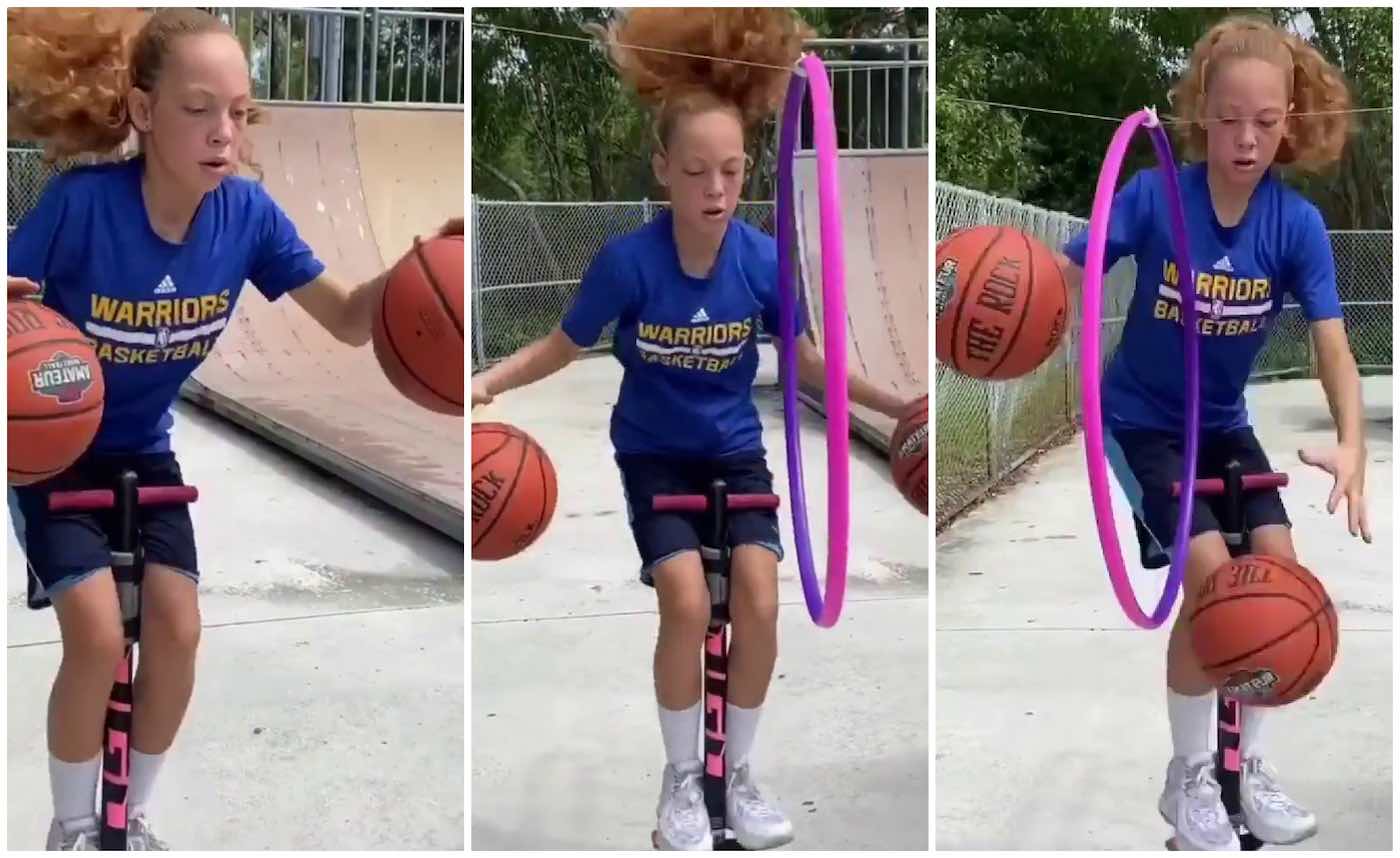 Karolina Ramirez began showing flair and talent for the sport of basketball at age six.

The incredible child prodigy films herself performing crazy trick shots in her hometown of Stuart, Florida.

The footage shows her on a pogo stick passing two basketballs through a hoop multiple times before seamlessly transitioning into a dribbling routine.

“It become apparent that Karolina was a talented player at 6 years old after playing and practicing basketball since she was 4,” said her father Orlando Ramirez.

“She performs the trick shots by practicing for hours and challenging herself.”

WATCH: Heart-Melting Moment As Toddler Hugs a Stranger After Recognizing They Both Have Limb Differences

“It helps her get closer to achieving her goals. Basketball is simply a platform that will open many paths in her life,” says her proud dad.

(WATCH the video below from SWNS…)

BOUNCE Karolina’s Talent to Your Friends on Social Media…