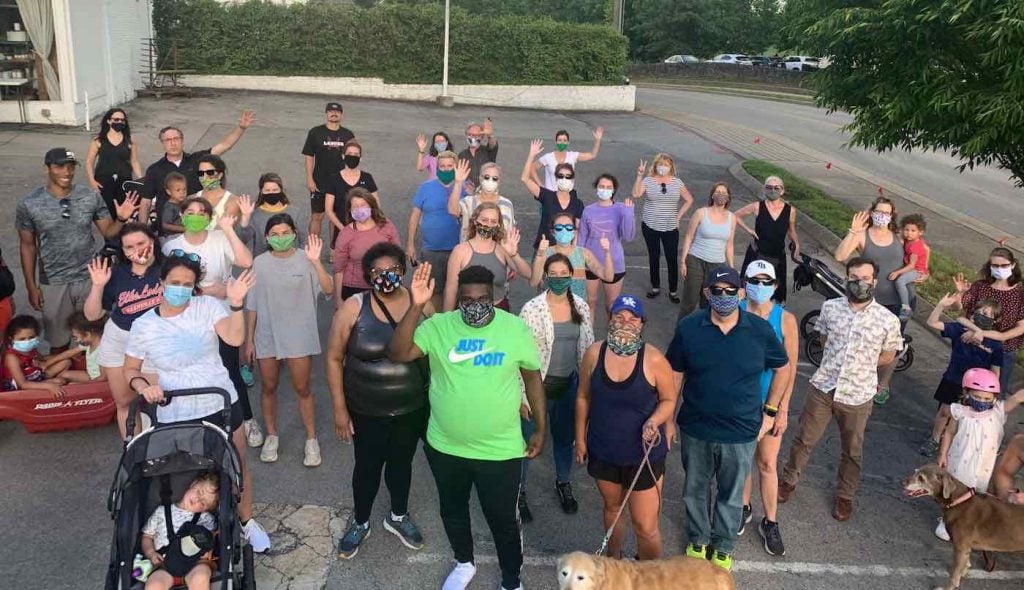 He grew up in a gentrified neighborhood with only a few African-American residents, but after confessing that he’s always felt uneasy walking alone on its streets, his faith in humanity was restored by dozens of neighbors who walked with him in solidarity.

The 29-year-old has lived in the 12 South neighborhood of Nashville his whole life, after his family moved there 54 years ago. But over the course of his life, Shawn Dromgoole has seen the neighborhood change dramatically.

Rising home values priced out many of the black families who lived there. As they moved out to find more affordable housing, new families moved in, most of them white and more financially well-off—leaving Shawn feeling out of place in his hometown.

“Growing up in my neighborhood, I could always feel the eyes, the looks and the cars slowing down as they passed by me,” Shawn told the Washington Post.

Along with a barrage of news reports of looting, and protests raging over George Floyd’s death, came Facebook posts warning neighbors to watch out for “suspicious black men,” which added a new layer of fear to Shawn’s discomfort.

So, three weeks ago, he took to Facebook and the online community bulletin board, NextDoor, to express his fear of walking alone in his own neighborhood.

Shawn expected little beyond a few words of encouragement from friends, but what happened next was much more than he anticipated. Messages began pouring in from friends and strangers alike, saying that they would like to walk with him.

RELATED: Black Protestor is a Hero After Carrying Injured White Counter-Protestor to Safety: ‘It’s not black vs white’

So he posted a time and place letting everyone know, in case they wanted to join him on his next walk. When he arrived, 75 people were waiting there to join him.

“I was so overwhelmed, I still can’t find the words. I never wrote that post thinking people would want to walk with me,” Shawn said.

He was especially awed at how the whole thing seemed to transcend racial barriers. “Everyone was in masks, so you just saw a sea of people, and you couldn’t even tell what color skin they had.”

RELATED: Chattanooga Police Updates Policy to Require Officers to Intervene in Cases of Brutality and Report It

The uplifting spotlight on their common humanity soon received local media coverage, and Shawn decided to organize a second walk in the Nashville area, and to push for similar walks in cities around the country.

Last week ‘Walk with Shawn’ drew crowds of nearly 300 people, as word spread about the neighbors getting to know one another, according to WTVF News. And Shawn received messages from neighborhoods in Georgia, Minneapolis, Denver and Philadelphia, that they started copying his idea.

With his new GoFundMe campaign raising $7,000, he booked his first flight—to Philadelphia for a walk on July 4. His hope is to eventually organize a walk in a different city, every week. He is taking email requests at: [email protected]gmail.com.

He also envisions honoring the memories of Ahmaud Arbery, Trayvon Martin, and Tamir Rice with walks in their hometowns: Brunswick, Georgia; Miami Gardens, Florida; and Cleveland, Ohio. Eventually, his dream is to walk across the whole country giving hope to all those who are scared to walk alone.

You can support Shawn’s dream by sharing this post with the hashtag #WalkWithShawn.