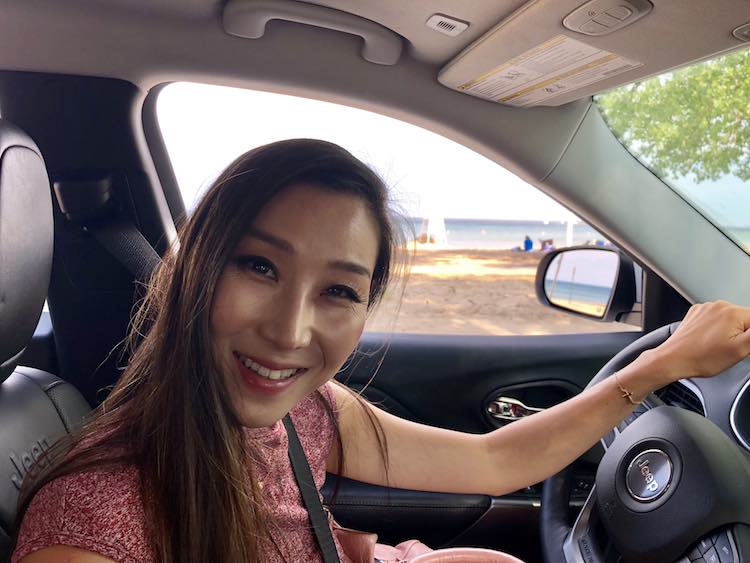 “What is a few more months out of my life? It’s nothing compared to what they’ve sacrificed.”

That’s the mindset that guided my 90-day journey across all 50 states in 2018 to visit almost 100 Korean War Memorials and meet 1,000 veterans along the way. Ever since I almost died in a car accident 12 years ago, I have considered each day as a bonus day, anyway.

After working as chief of staff and communications director for a US Congressman, I had traveled to 27 nations in 6 continents to thank and interview veterans in every county who participated in the Korean War—and documenting the undiscovered stories of 200 people who went to Korea under one United Nations flag was worth every fear and tear.

RELATED: Boss Pays Off His Employee’s Mortgage So the Vietnam Vet Can Finally Retire

I had just returned home, physically and emotionally overwhelmed, still trying to process everything I had experienced when I learned about how there was a delay in building the Wall of Remembrance as an addition to the National Korean War Memorial in Washington, D.C. due to a lack of funds.

I knew what I had to do—so I packed my bags again and got behind the wheel, this time with the goal of raising awareness and funds for the Wall.

Despite the endless driving, sleepless nights and living out of a suitcase for more than three months, it turned out to be the most precious experience in my life.

I’ve witnessed the camaraderie and bloodshed bond in the veterans community, their sense of patriotism, heroism and humor. I now know the difference between an “oorah” and “hooah” and how much the patches and pins on their caps and jackets mean to them.

On two occasions, I joined motorcycle groups that ride to support veterans and found myself looking like a bike chick riding on a Harley along the Korean War Memorial Highway in Santa Paula, California and Meridian, Mississippi.

MORE: Canada Now Has Its First Ever Tiny House Village for Homeless Veterans

Most of all, I can now fathom the visceral meaning of sacrifice.

From the mountains to the prairies, I got to hug and kiss more than 1,000 Korean War veterans, most of whom were in their late 80s, some who drove for hours just to welcome me to the memorials I was visiting across the country.

Together, we laughed and cried as we recounted their wartime memories and laid a wreath in remembrance of their fallen comrades.

At every stop, I got on my knees and bowed—the Korean way, which is the highest form of respect—to express my humble and sincere gratitude on behalf of all my fellow Korean Americans thriving in the country we proudly call home, enjoying the freedoms that the veterans secured for us. Because none of us would be here if they didn’t fight in Korea almost 70 years ago.

WATCH: Man Taught Himself to Play the Trumpet Solely So He Could Play Taps for Fallen Soldiers

That’s why I call all Korean War veterans my “Grandpas”—and I want all of America to recognize them.

For too long, the Korean War was referred to as the “Forgotten War” or even a “police action.” Yet 1.8 million young men and women served—and more than 36,000 never returned home. Every state in the union and inhabited US territory suffered a casualty—I know, because I’ve grieved with the families and veterans in every single one, including Puerto Rico, the US Virgin Islands, Guam, the American Samoa, and even inside four Indian Reservations.

During my visit to Hawaii, I was stunned to actually see with my own eyes the remains of 55 POW/MIAs recently repatriated from North Korea to the Defense POW/MIA Accounting Agency (DPAA) laboratory in Honolulu. There are 7,000 still missing-in-action and unaccounted for, and I’m hoping we can bring back every single one to their loved ones.

Until then, the very least we could do is to memorialize them and to thank the veterans who are still with us. They are our Grandpas and heroes who at the age of 18—and even as young as 15—saluted the flag and risked their lives for our country and all of us.

It broke my heart that most of the Memorial Day commemorations across the nation have been canceled due to COVID-19, so for the past two months, I have been pouring my heart and soul into unveiling the Korean War Memorials website featuring a virtual Wall of Remembrance with the names of nearly 41,000 killed worldwide in the Korean War, including hundreds or thousands from your own state. You can visit and pay tribute by leaving comments behind.

It also features photos of almost 180 Korean War Memorials I’ve personally visited, traveling 132,1000 miles to a total of 30 countries to collect stories of nearly 1,200 veterans. It will eventually include nearly 400 videos of me interviewing the “Grandpas” and supporters at each site.

You don’t have to travel any distance like me to thank the veterans and the young boys from your states who died for us. All I ask is that you virtually visit the website this Memorial Day and honor them. Ultimately, I want to ensure that those who died fighting for our freedoms will be remembered because freedom is not free.

This article was submitted for publishing on Good News Network by Hannah Kim.