LED flashlights have been on the market for years and have really gained popularity because the cost of owning one has become ridiculously low.  Walk into any hardware store and I can almost guarantee you that you will find an assortment of LED flashlights for under $2.

The main reasons why so many people want LED flashlights is because the bulb do not burn out, batteries do not have to be replaced as often, they produce extremely bright light, and are much smaller than tradition incandescent lights.

Some companies like Maglite offered LED conversion kits for a hefty price. Cheap LED flash can be found in almost every small store so there is little benefit in converting one when you can buy a brand new one for almost the same cost.

I buy LED flashlights for the long term. My first LED flashlight that I bought from CC Crane Company still hangs on my front door. I paid about $30 and though it’s not that bright, it was made to last a lift time.

I like to go on early runs up in the mountains while it’s still dark.  Often, I am running 2 hours before the sun rises and I need an LED flash light that lasts more than 2 hours.  Some LED lights will last up to 70 hours before going dark. 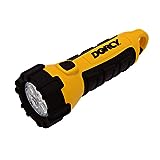 This Dorcy water proof LED flash light has been our favorite camping flashlight for 2 years.  We bought 2 of them and one of them still  has the original batteries.  We bought it because it’s water proof.  My kids are constantly dropping things in places like toilets and other hard to reach area.

I keep two of them in my vehicle all the time because I know that it will always work. 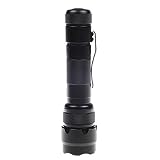 Priced under $10, this flashlight is a bargain.  However, make sure that you read the reviews before buying this flashlight.  Not everyone gets the same flashlight. For less than 10 bucks, it’s worth taking a chance.

I spent close to $30 for Nebo LED flashlight that is made in China.  It’s a great flashlight that should be priced at $10 like the Ultra Fire 1000.
It’s water resistant, made of alloyed metal, and has a 3 hour run time. 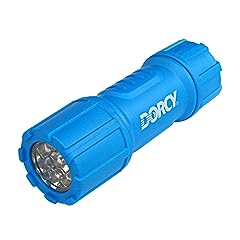 Dorcy 41-4240 Weather Resistant LED Flashlight
I recently went on a 6 day back packing trip and I needed a light and reliable flashlight. I figured that since our Dorcy car camping flashlight is so reliable, I may as well buy a small Dorcy for back packing. Meanwhile, my buddy’s flash light died on the first night. This Dorcy if bright, long lasting, and durable. It has some kind of rubberized coating that will keep it from breaking.  I would recommend this flashlight to friends and family.

Amazon is my superstore for buying almost all of my camping equipment because of the selection and prices. Cheap LED flashlights abound. Read the reviews. When you buy an inexpensive off brand flashlight, some work great while others are just okay. If you stick to name brands like Dorcy or Streamlight, you can be assured that the flashlight is going to perform top notch. 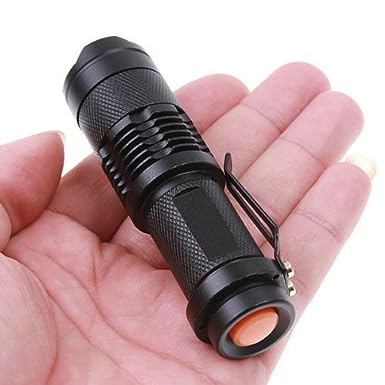 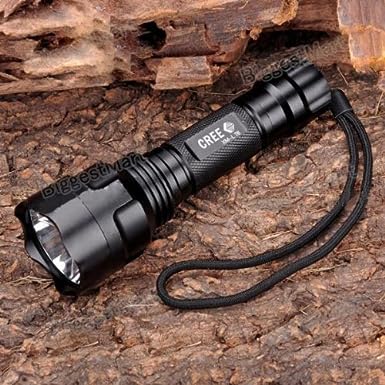 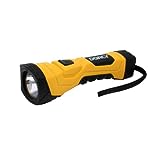 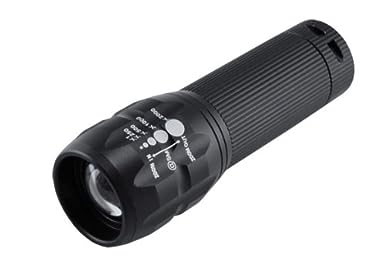 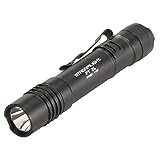 It does not get much better than this-solar powered & hand crank LED emergency lantern.
It’s probably not bright enough to read your favorite novel, but in an emergency, you will be able to accomplish a lot with hand crank and solar powered LED lantern.

BEST LED FLASHLIGHT Reviews-2013-Read this before buying any LED
LED flashlights have been around as long as computers. Initially, the cost was too prohibitive for anyone to own an LED flashlight. I remember when Maglite w…

Stealth Van Camping
I have fond memories of camping in our old Dodge van back in the 60’a. It was a blue and white box shaped van with a pop-up bunk in the middle. Our family of…

Family Camping Tents
If you like to camp, then you know that having a good tent to keep you warm and dry is paramount. Camping is supposed to be fun and not a chore. I have seen …

Big Berkey Water Filter Review
We bought a Berkey gravity fed water filtration system last year and there is no looking back. This is one product that we use on a daily basis. I take it wi…

Stovetech Wood Burning Survival Stove Review
After our we returned from a 3 week car camping trip in Oregon, my wife found this awesome wood burning stove that burns any biomass material as fuel. It’s c…

The Best Family CAMPING GEAR And EQUIPMENT-Read this before you buy any equipment
Hey everyone, Mark here to help you find the best family camping gear. I have learned the hard way by bringing the wrong gear when my kids were still in diap…

Relaxing Family Camping Trips
Have you started to think about all the family camping trips that you will be taking this summer, but do not know where to start? Look no further. I offer co…

How To Choose A Sleeping Bag
Before you run down to your nearest big box discount or outdoor super store to buy your next sleeping bag, take a little time to asses your needs. What works…