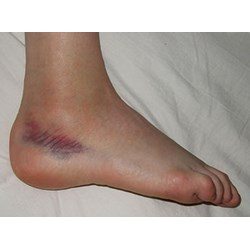 I know you love summer!  I know you love everything about it, from the hot hot weather and living at the beach, to being in the those hot night clubs at night.  But with that love comes many challenges.

No, it’s not just about the guys who hit on you or the hot rod you drive.  Although those things can have their place in the ever day world of summer lovin’.  I once lived in a town that had a parade just for those cars.  It’s also not just about getting ready for the next school year (I just received advertisements in July ~ Didn’t school just end?) or getting ready for the holidays.  Yes, those advertisements are out too.

We are after all still in the middle of summer with those summer heat waves.  It’s with that those specific things and needs in mind, that I’ve produced this Sirgo for you.  After all if summers not complete, how can you avoid having the fun of summer?  May I suggest to you that you can’t, and there are things that you need to think about and consider if something should go wrong.

I deliberately paired these to together because one can have a significant impact on the other.  First up are sunburns.  We all know that they hurt when we get one.

But did you know that they can also lead to death?  If you get to much sun, to extreme of a sunburn, you can get sun poisoning and die from it?

Most people blow sunburns off as no big deal, and in most cases, they are no big deal.  But if you get one that’s extreme, you can die from it.  Signs and symptoms include rapid breathing, rapid heart rate, falling unconscious, fever chills and nausea.

So if you get a sunburn that’s extreme for you, be on the lookout for these symptoms.  If you’re not sure, go to an urgent care and get checked out.  It’s better to be safe then sorry!

So, if sunburns can lead to sun poisoning, how does that relate to heat exhaustion.  It’s not as far a leap as you might think.  Heat exhaustion comes about by being in the sun too much, becoming dehydrated and even alcohol.  Yes, there’s other causes, but these are common ones that you need to be aware of.

When it's hot:
make sure that you’re taking frequent breaks, drinking lots of water and listen to your body!

So at this point, you’re probably thinking I’m going to say sprains or breaks, and those are valid things, but that’s not my last stop.  Not that they aren’t common, but you’ve already thought of them, so why do I need to spend time on them?

Rather, I’m going take you to something important for that trip that you’re taking out of the country.  You’ve planned your trip and at the last minute realize that you didn’t get your immunization shots.

A normal doctors office could take several weeks to get you in, and that doesn’t usually work.  They also tend to cost a lot more then regular doctors offices, so the best and better option is going to an urgent care.

Urgent Care
advantages are many! Arguably the most important is speed in being able to see a doctor!