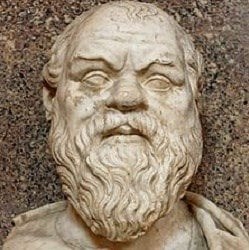 We don’t think with our minds as Socrates did, we think with our hearts as cupid does.  The end result of that is often that we get the most undesired of results.  Often times those undesired results not only couldn’t have been planned for, but they last years if not a lifetime.

For example, you may not have planned for like a child, but some still regret having the child.  Most often it’s men that fall into this area, after all most women are ‘wired’ to have children and even if the child is an ‘accident’, they eventually embrace the child they’re expecting and love it.

The 3 things that
you will never regret are all in your control!

Item number one is most likely not something that you’ve thought about, but you should have…your teeth.  Your teeth are literally the portal to the rest of your body, and they are often the first signs of sickness and disease.  Ask anyone who has diabetes the importance of taking care of their teeth and what poor maintenance does and you’ll learn quickly that the cost is really really high.

Therefore teeth are number one on my list of things you wont regret.  If you do your 6 month checkups and don’t eat sweets, your going to reap the rewards for your entire life.  If on the other hand you don’t maintain the 6 month check ups and eat plenty of sweets you’re going to find that you need lots of dental work and potentially implants.

I know that you hate to go there, but it’s a must especially with all the things that can go wrong.  While not going to the dentist is probably not going to cost you your life (bacteria untreated in your teeth can go to your brain and cause death), not going to the doctor can.

I can’t begin to tell you the number of people in my family that ignored the doctor for decades only to find out they had cancer when they finally broke down and went.  If they had gotten their regular checkups then it would have been caught early.  But when the doctor comes in and says, “you have lung cancer and 1 month to live”, well that’s just flat out no fun for anyone, especially you.

Thereby making yearly check up with the doctor something that you wont regret.  I know that there are test they have to do that we don’t like (especially women).  But I also know that if you’re like my family and uterine cancer runs in the family, you’re truly doing yourself a favor by seeing a physician regularly.

Note: I didn’t say a medical doctor.  If you prefer a naturalpathy or some other type of physician, that’s all good.  The point is to make sure that you are being maintained yearly and that nothing gets out of control before you start receiving treatment.  No, it’s not a guarantee that something wont be wrong, but it does severely limit the possibility.

When you see a doctor regularly...
they can detect illnesses like cancer early.

Education is the last thing that you will never regret.  I’ve met a ton of people that would have given anything to take education seriously when they were young and gone to medical school or some other intense study.  But never have I meet someone that says I regret getting my education.

Yes, I know there’s a handful of geniuses out there that don’t need it, but they are also the self starts that are able to educate themselves without going to a formal school.  I also know that depending on where you live, education for different fields is different.  But you still need to take education serious.  That way when the bills come (and they always do), you wont be worried about paying them, feeding your children or living on the streets.

You can always chose not to use your education, but if you don’t have it, you don’t even have that as an option.  Education opens doors.  How many doors do you want to have open?