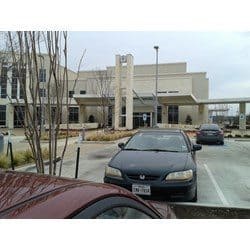 Am I My Lover’s Keeper?

Everyone in the world who is blessed to live long and healthy lives usually end up having to think about how they are going to be cared for when they retire. There are a number of options out there. The best options depend on how much money a person has.
Some options for retirement are assisted living, nursing homes, and home health care. If one is fortunate, there are or will be numerous friends and relatives who will take turns to provide tender loving care. Then there is the cheapskate way. That way is to target nurses to be life long partners, expecting to be cared for as long as the person who is using that nurse lives.
There are actually people out there, especially men, who look for nurses in particular, to use them to care for them and use for financial gain. Sometimes it takes a while to catch on to “healthcare predators”. Sometimes it doesn’t.
People! Never count all of your chickens before they hatch! It is never guaranteed that your nurse significant other is going to take care of you. To some, this desire is a big turn off. It is wrong. That is like a person marrying a construction worker, feeling sure that this person is going to build them a brand new home, only for the guy to be a total loser, and the couple both end up homeless on the street.
Another example is a person dating or who marries a mechanic, feeling sure that all of their automotive problems are taken care of. Instead, that person ends up in a broken relationship and with a broken down car. I had a friend years ago who told me that when she attended nursing school, there were young men scoping out nursing students for their own personal reasons.
One guy in particular started seeing her and eventually started making phone calls to check on her “progress”. He wanted to see how close she was to graduating nursing school. Once she dropped out, he dropped her. I myself knew two deadbeat guys. One guy had a “ready-made family”. I mean children from different babies mothers and all.
He even had life planned out, down to how many bedrooms the house had! Plus, he had it calculated to the very cent how money was going to be spent. The other guy started borrowing money without paying it back, planned two children to be coneived, and even had plans for more money to be made. The extra money was going to come from being a topless dancer. And, it wasn’t going to be him. These jerks were off the chain pathetic.
The first guy got dumped. The other one abandoned camp after confirmation of the first successful pregnancy. After that he couldn’t be found. Sometimes these “targeted relationships” work. Sometimes they don’t. It is wise to know about a person before taking it to the next level.
Sometimes everything that person tells other people can be a total lie. It is best to fall in love. Not with a person’s occupation. That can really hurt. A life long and loving partner who ends up being a caregiver to their partner does not have to be a healtcare worker. It is up to the individual.
Everyone has limits. Healthcare workers, including nurses are people and have lives to live, too.