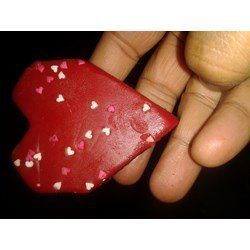 Where are today’s gentlemen? Do any exist today? These are two of many questions many women have had over the years, including myself. There are answers to both questions. Gentlemen are everywhere. They do exist. The definition of a gentleman by Dictionary.com states,”A man of good family, breeding, or social position.”
Over time, the meaning of gentlemen has changed to a man’s behavior and treatment of a woman. These days, gentlemen are found in all races and come from different economic backgrounds. It seems as if there were more gentlemen in the past. It has been known by many mothers and fathers in the past that parents taught their sons proper ways of how to treat females.
Even though there was an unknown percentage of men who didn’t know how to be a gentleman, they did exist (men who were ignorant of the knowledge of how to properly treat women). There were and are men who have never been able to afford to take a woman out, also. Gentlemen of today are supposed to have proper etiquette when it comes to his lady. Examples of what it means to be a gentlemen today have been mentioned in songs by different artists.
There are also songs where gentlemanly behavior has been mentioned, even though some of these celebrities are not talking about being a gentleman in particular. Here are some examples mentioned in these songs by these artists, even if it is only mentioning manners a gentlemen has (without saying the word gentleman at all):

There have been many books on the rules of dating. Some of the books are dated as far back as the 1950’s and much earlier. I read some of the content of one of these kinds of books when I was a teenager years ago. Next, while growing up, I was told a lot of things about how a man is supposed to treat a lady.
I was given this information from family, friends, peers, church members, and other religious individuals. Here is what I learned:

A)The first dates are supposed to include parents, family, and friends.
B)Innocent dating is supposed to start off by pairing off, meeting, and dating in a group (couples meeting at the same place and sitting at the same table (no heavy petting, handsy stuff, etc.).

C)When a man begins to date a woman, he is supposed to date with marriage in mind, to get his life mate/partner.

E)The first date is to “go dutch”, meaning the guy pays for his meal, drink, etc. and the female pays her tab.

F)The second date is when the guy pays for the entire tab (both his and hers).

I also learned this:

G)A gentleman is supposed to be polite and introduce himself to a lady before proceeding to start a conversation.

I)A gentleman is also supposed to inform his date’s parents of his intentions towards their adult child (this totally impressed me).

J)A gentleman is supposed to shower his lady with flowers, candy, and recite cute little sayings of poetry, if his heart is moved. And, provide a flower for his lady’s mother.

K)A gentleman is supposed to carry the his woman’s accessories such as: her coat, jacket, mink, etc., and let her walk ahead of him.

N)A gentleman opens doors for his woman when she gets in and out of a vehicle.

O)There is even a side a man is supposed to be on when he is walking beside his lady in public.

P)A gentleman is supposed to let a lady choose whatever she wants on the menu after both have gone on their first date (when the guy pays the tab).

Sorry guys. This does not include an “all you can eat buffet (you cheapskate!).

T)Buying loungerie for “entertainment after dark”.
U)A gentleman is supposed to drop a woman off in front of her home, walk her up to the front door, and make sure she is safely inside before driving off.

The loungerie part is cool. However, if a lady’s man is a complete animal, he won’t even know that she is wearing the loungerie at all. Sometimes there is nothing more disrespectful than a man who all but tears off one’s Fredericks of Hollywood lacies.
Especially when a woman is trying to model the loungerie for the guy, and she doesn’t even get past turning around. Years ago dating was fun for me. But, loungerie after dark nights didn’t work. It was this example that ticked me off. And, I bet you I was one sexy thang, too. Anyway, being a gentleman does not mean paying a woman’s bill when both of you are unmarried.
That is usually for married couples and if a man volunteers this action to a woman in distress, if his heart is moved. Or, if he has a caring heart. In the past, after breaking up with a female, in order to reunite with her, some men even went beyond apologizing. Some serenaded their women near their bedroom window.
Unfortunately, numbers of prudish and shrewish women have increased. These days women call 911, making complaints of stalking if this is done. To add, times have changed even more. There is no excuse for men not to be gentlemen. For various reasons women have allowed men to get away with not having gentlemenly behavior.
One of the reasons I think stems from the fact that more women are more independent, and at times may feel a sense of pride being able to take care of their men. Sometimes it is pure ignorance on the female’s part, concerning how a man is supposed to act. Sometimes the woman has low self-esteem, lets a man get away with rude behavior because of how she was reared, and some women don’t care at all.
The list goes on and on. Furthermore, to some, being a gentleman is just too “old fashioned”. It still exists. This type of behavior is very becoming, impressive, and can take a man a long way, just like a nice smile, “hello,” and a “thank you.”
Remember Barney, but with a gentlemanly “grown up” twist.