A Guide To The Biggest Harry Potter Lego Sets

The Harry Potter franchise has brought a brilliant fantasy world to life for millions of kids, teens, and adults all over the world. It’s spread through books, movies, video games, and countless other forms of media. There’s no way Lego would neglect the world of Harry Potter, and hundreds of HP-themed sets have come out over the years. If you’re a serious HP fan looking for the most jaw-dropping Harry Potter Lego Sets ever made, here are 3 strong contenders for the most complex and valuable sets produced for the franchise. 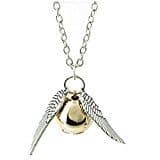 There’s no better place to start than with the iconic wizarding school itself, Hogwarts castle. Note that there have been several different Hogwarts sets released over the years, and the biggest of them is the deluxe edition released in 2010. (Lego serial number 4842-1) This version of Hogwarts is built in 4 large sections with a stunning complement of over 1,200 individual pieces. 11 minifigs are included covering a variety of characters (with the notable exception of Ron). Other accessories include 3 different owls, the sword of Gryffindor, and the Marauder’s Map. (The Lego version of the map, sadly, does not function as assembly instructions.)

Putting this massive castle together gives you four buildings that can be attached to each other in a variety of different ways — appropriate for a magical school — or played with separately. The finely-detailed interior spaces in each building are the Great Hall, the Grand Staircase Tower, the Headmaster’s Office, and the West Tower.

One of the best features of the flagship Hogwarts Castle set is that it matches other Hogwarts Lego sets very closely in terms of scale and design. This means that smaller sets like the pair of towers in later Hogwarts Deathly Hallows set can be incorporated into your main castle for even grander designs.

Another group of Harry Potter Lego Sets that portray the same subject are those devoted to the Hogwarts Express. Once again, we’ll look at the biggest, most complex version available — the deluxe motorized train set that includes Hogsmeade Station. (Lego serial number 10132-1) This set was sold in two versions, one with standard Lego train tracks and one without. Topping out at a very hefty piece count just over 700, this set takes some time to assemble, especially due to its electronic features.

The train set includes a nice selection of minifigs, including Harry and Ron (Why doesn’t Lego ever give you all three of the main characters at the same time?), Professor Lupin, and a clutch of Dementors. The Hogsmeade Station model deserves special attention, as this is the only set the design has ever been included in. It doesn’t skimp on the details, with plenty of attractive features both inside and out.

If you’re looking for the absolute top of the complexity chart, it lives in the Diagon Alley set. Featuring three carefully-detailed buildings (Gringotts, Ollivanders, and Borgin and Burkes) each of which is complex enough to be a set of its own, the total package weighs in with more than 2,000 pieces. Assembly will take some time, and the overall level of detail here is easily the equal of the most detailed Lego sets in the Creator line.

Besides the sheer size of the buildings, the Diagon Alley set is also a goldmine for exclusive minifigs. The 11 characters that come with the set include Harry, Ron, and Hermione — together at last! — and several minifigs that are impossible to find elsewhere. (Examples include the Gringotts goblins with unique head molds, Ollivander, and a matched pair of Weasley twins wearing their finest formal suits.

Obviously, the sets described here aren’t the cheapest Lego sets to acquire. Their excellent designs, sterling quality, and rare extras make them well worth the prices you pay for them, though. Plus, their value was immediately recognized when they were released and they were extremely popular. That means that they’re still very easy to find even if they’re priced steeply.