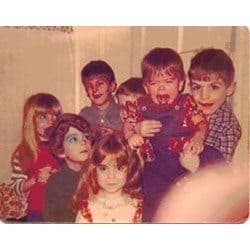 Watching a program on television that airs on Lifetime called, The Nanny. As a viewer of watching episodes of this program it is about parents not working together when it comes disciplining their children in the household. I love the show. On one episode I watched the parents had nine children and one on the way. The children were way out of control. The youngest child of the nine children was only two or three years old. The older siblings would actual literally hit the baby and fist fight and punch each other to where the children were physically being harmed drastically. The older siblings were more playing the role of the parents duties.

If parents wants to their children to be under control than the mother and the father of the children needs to be agreement with one another and both be involved in their children’s lives. It took two to create the lives of their children so the responsibility should not fall all on one’s parents shoulders. If parents want to live a life without chaos than they need to set good examples and be good role models in their children’s lives. Learn patiences when it comes working with their children to keep their children in line, until the parents works together as a team than they will start seeing progress and receive harvest for the hard work. The words while speaking to one another or their children should be words of encouragement instead waiting until they are lacking words of discouraging or feel defeated. Speaking words to praise, fairness, will teach children to be patiences and confidence in themselves. Children needs to feel approval from their parents for them to learn to like themselves and their siblings as well as others. If parents teach their children acceptance and friendship than children learns to search and find love in the world.

It may take time for children to comprehend being taught new lessons in life as they grow but parents it takes time for the crop to grow after planting seeds. Keep on believing right and speaking right and they will start seeing improvement in their children’s life as well start receiving the harvest they planted in their children.
It is a great program and I have learned and taken a lot from watching many episodes of Nanny. Children are like parrots for they are quickly to pick up what they hear and repeat the same pattern of what they observe around them and from their parents.