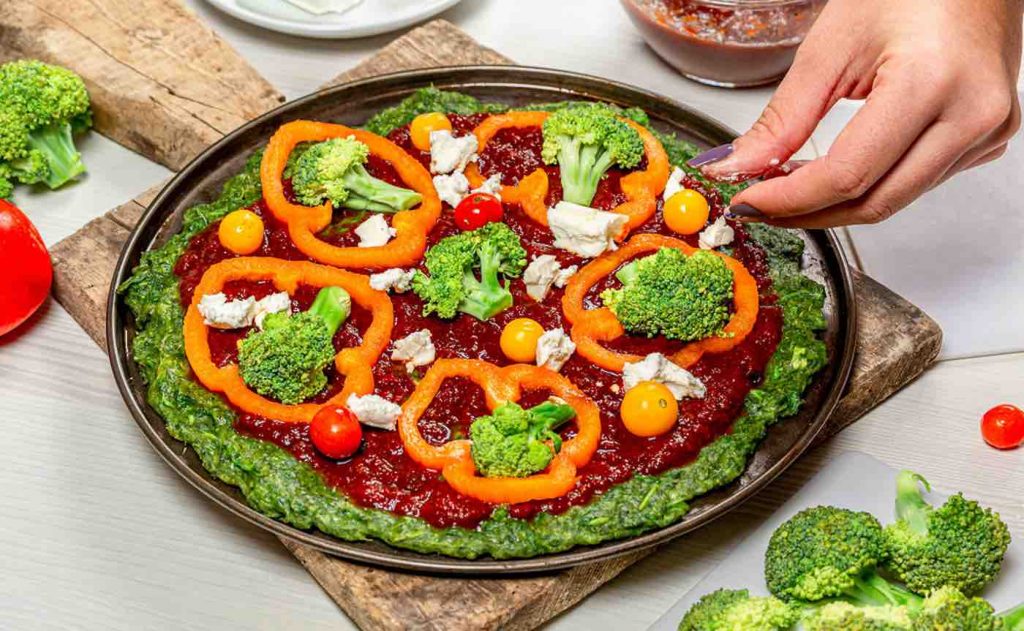 Amid lockdowns, people are eating healthier, cooking their own food, and consuming more fruit and vegetables, according to preliminary results from a worldwide Corona Cooking Survey.

“Consumption of salty, fat and sweet products usually goes up when people are under stress, but during the pandemic this heightened craving has been fulfilled in many countries with home-baked delicacies,” said Charlotte De Backer, chairman of FOOMS, a research group on food and media at U. Antwerp.

Furthermore, the study, conducted by the University of Antwerp in collaboration with U. Ghent and U. Leuven, is revealing that as more people rely less on Lean Cuisine and Stouffer’s, the act of cooking in their kitchens has become more of a habit as workers are banished from their office buildings and spend more time at home.

The good news, De Backer told Reuters, is that some of these eating habits are likely to outlast the pandemic, because in many countries lockdowns lasted longer than the six weeks it takes to form a new habit.

The thousands of people who took the survey in Belgium reported that they had reduced stress and frustration about cooking, as well as feeling bolder and more creative in the kitchen post-COVID-19. Time preference was also changed, with people feeling that cooking didn’t require an intolerable amount of effort anymore.

Personal nutrition has apparently improved, as the purchase of fresh, frozen, and canned vegetables and fruit across all countries went up. Also notable is the fact that people say they are wasting less food, eating more leftovers, and planning meals in advance.

CHECK OUT: Publix Supermarkets Are Buying Food From Struggling Farmers So They Can Use it to Feed Families in Need

With restaurants closed and people forced to grocery shop, De Backer posits they may be aligning more with healthy eating habits as fewer opportunities exist for impulse buying or eating unhealthy foods.

In regards to why people are wasting less food and eating leftovers, De Backer says it could correspond with a participant’s fears of food shortages, as grocery stores around the world suffer from empty shelves.

The researchers have been delighted because their peers in at least 30 countries have now joined the survey, to get even more data from around the world. Results won’t be available until June.

FOOMS regularly posts updates on the Corona Cooking Survey research on their Facebook page, while anyone can contribute to the science by taking the survey on the U. Antwerp website.