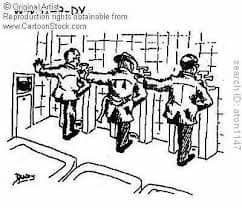 An Erection A Day Keeps ED Away

If you think you might have erectile dysfunction, you probably do. When more than 1,000 men were asked if they had erectile dysfunction (ED), nine out of 10 of who claimed they were â€œunsureâ€ had some level of it, found a study published in BMC Urology.
The signs? Difficulty getting hard and frequently losing stiffness after becoming erect, says J. Stephen Jones, M.D., a urologist from the Cleveland Clinic.
Stress, smoking, poor diet, being overweight, and a sedentary lifestyle can increase your chances of developing ED. â€œBut poor cardiovascular health is arguably the number one reason men get ED,â€ says Mark Moyad, M.D., of the University of Michigan Medical Center.
Your move: Hit the gym. Men who regularly exercise cut their risk for ED in half, according to researchers from Emory University. Drugs like Cialis, Viagra, and Livitra temporarily solve the erection issues, but they donâ€™t help the underlying causeâ€”poor cardiovascular health. (However, these pills may also have some unintended benefits. A recent Journal of Sexual Medicine study found that taking ED medications is related to going longer before reaching orgasm.
No penis is an island. Or so J. Stephen Jones, M.D., F.A.C.S., a urologist with the Cleveland Clinic, likes to tell his patients. If your penis were an island, it would be tempting to think of it as a hot spot in the Caribbean-calm and tranquil during the day, throbbing with activity at night, and the destination of a constant rotation of half-naked coeds.
As much as that sounds like paradise, Dr. Jones says a more precise urological/geographical parallel would be your penis as peninsula-a bodily extension that shares a supply of blood, oxygen, and nutrients with all your other organs.
Unfortunately, that means if a natural disaster strikes the mainland, it’s likely to affect any protruding landmasses, too. “ED stands not only for erectile dysfunction but also for ‘early diagnosis,’ because you can use ED to predict a heart attack, potentially by years-arterial damage from cardiovascular disease affects the small arteries in the penis first,” says Christopher Steidle, M.D., a clinical associate professor of urology at the Indiana University medical center at Fort Wayne. That’s one reason it’s a mistake to let Levitra, Viagra, and Cialis lull you into an I’ll-fix-it-when-it-breaks mindset.
Here’s another: Take steps to safeguard your sex life now and you may never need to pop the little blue pill. Or any other shade of erection aid. In other words, follow our advice and every woman who visits your peninsula will leave with a smile.
Hereâ€™s one more reason to have sex tonight (as if you need any reason): It will boost your future performance in the sack.
A new study found men who rustled the sheets at least once a week were half as likely to develop erectile dysfunction (ED) later in life, compared with a less-than-once-a-week romp. And the rate of ED was even lower for those who had more frequent sexual intercourse, according to the 5-year Finnish survey of 989 men aged 55 to 75 years.
Having more sex keeps your member going strong because erections summon oxygen to particular parts of your penis, said study lead author Dr. Juha KoskimÃ¤ki, consulting urologist at Tampere University Hospital.
The tissue down there is just like other tissue: Oxygen is good for it. Persistently low oxygen levels in the erectile tissue can reduce flexibility and gradually transform it into scar tissue that wonâ€™t respond well to sexual arousal.
To keep your penis tissue well supplied, oxygenation likely needs to last a certain minimum time, said KoskimÃ¤ki. Exactly how long is still unknown, but thatâ€™s why his team focused on sexual intercourse practices instead of short-lived masturbation.
If getting regular action isnâ€™t in keeping with your current dating or marriage status, lower your risk of ED via other lifestyle choicesâ€”smoking, obesity, and lack of exercise are all probable causes of the condition.
Or aim to have one solo erection a day. It can boost circulating testosterone levels, which in turn leads to a longer life. And the longer you live, the more sex you’ll have.
And ladies, you wonder why a LOT of men keep their porn magazines in the bathroom? There’s your answer. The good doctor ordered us to do so. It is therapeutic for us ( and you in the long run ). I’m gonna have to open my subscription back up ( marriage will do that to you ). So, in short, an erection a day, keeps ED away. I like that. But that’s just my thoughts. What’s yours?