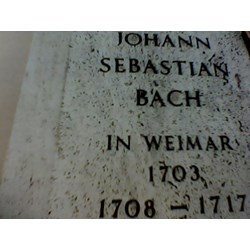 13 mistakes you can make with money

Why do some people earn a substantial income each year and have impressive assets while others with the same earnings just manage to stay one step ahead of the bill collector? In many cases, it has to do with their financial attitudes and habits. The following 13 basic mistakes cost many people a great deal of money. Learning to avoid them can add to your financial stability.

Mistake 1: Assuming that money management is only for the rich:

Suppose a rich man earns $1million a year, while we earn $30,000. He needs cash management and we don’t or so we may think. But we really need it just as much as, if not more than he does. For example, if we can save $1,000 on our income taxes, that amount is worth the same to us as a taxing savings of $33,300 would be worth to him. However, because we have less to start with, the $1,000 is actually going to mean more to us. The difference between us is that we should be prepared to be our own money manager; he can afford expensive professional help that we can’t.

Mistake 2: Failing to be businesslike:

Budgeting is boring, so many people never budget. As a result, they really aren’t sure what’s coming in or going out and hey of ten winds up with no savings and even with crippling debts. Make a once a year budget at tax time and live within it the rest of the year.

Never believe the interpretation a salesperson gives to a contract. If we cant’ understand it to read and approve it before we sing.

Today with innumerable women aged 16 through 60 in the work force; it’s easy for working couples to count on two incomes. The fact is, though, illness can strike anyone, anytime, or because birth control doesn’t always work, an unexpected bundle of joy can mean financial sorrow. Avoid hardship by realizing that there is a possibility of illness or an unplanned pregnancy and budget accordingly.

Murphy’s Law of spending says that everything always costs more than we think it will. The principle applies no mater what our plans may be; always allow extra for the unexpected.

Sadly, many people suffer from the ostrich syndrome. They hide their heads in the sand when dunning letters start coming in and they quit reading the mail or answering the phone. Or the bills mount up and they count on winning a lottery. This is the prelude to disaster. Know your financial status, even if it hurts. Then if necessary, we would take steps to improve it.

Almost every money expert agrees that people should have the equivalent of two to six month’s income in highly liquid savings before they invest in anything.

Mistake 8: Failing to understand the time value of money:

Mistake 10: ignoring the cost of credit:

Mistake 11: having a garage sale mentality:

Many people buy the latest fad item at a premium price, use it two or three times, then sell it a year later at a garage sale for 10% of the original cost. The loss? 90% per item. For example- if our children nag us to buy a computer game system, just wait – they’ll become common at garage sales.

Mistake 12: trying to keep up with the Joneses:

When a person buys things he or she cant’ afford just to impress friends and neighbors, it can waste a great deal of money. Younger people are especially vulnerable to snob appeal.

Whatever the investment or item involved, don’t count unrealistically on future growth in value to recoup loss. Sell while we can for what we can get. For example- if an investor buys a stock and it’s plummeting with no apparent hope of regaining ground, he or she should sell it and take a minimal loss before losing everything.