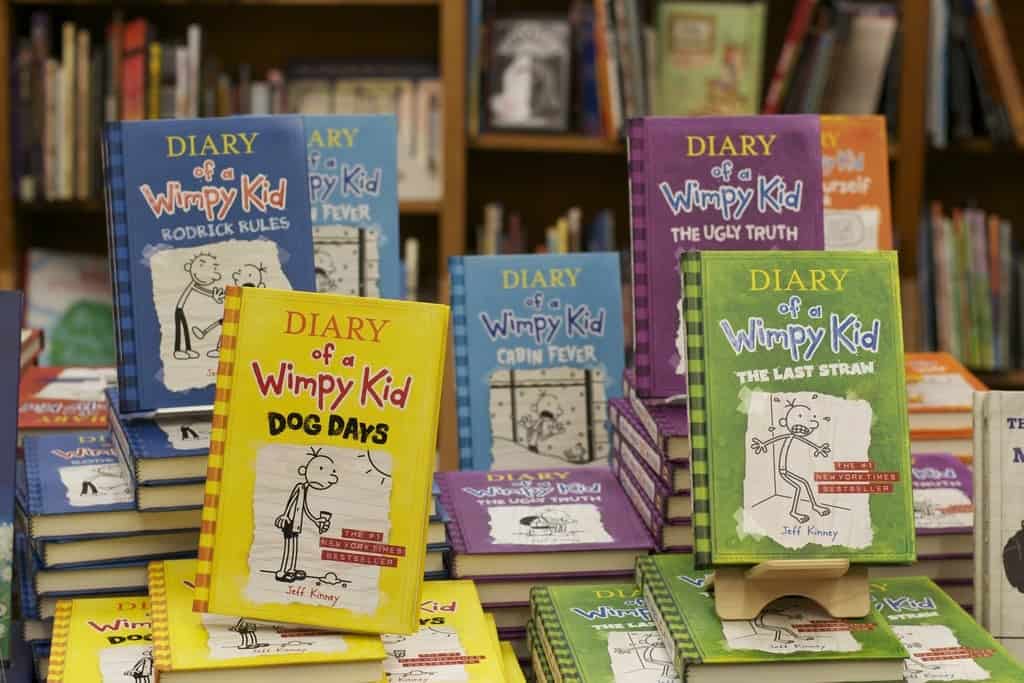 The author of Diary of a Wimpy Kid, Jeff Kinney, never imagined himself being a children’s author. As a child, he wanted to become a newspaper cartoonist, but his comic strips were never syndicated.

It was in 1998 when Jeff found inspiration for Diary of a Wimpy Kid, detailing the story of Greg Heffley, a middle-school weakling. Jeff spent eight years working on his book before showing it for the first time to a New York publisher.

Jeff Kinney was born in Maryland in 1971 and went to the University of Maryland during the early 1990s. It was during his stint in college that he realized he wanted to be a cartoonist, as he ran “Igdoof,” a comic strip, for their campus newspaper.

Unfortunately for Jeff, he was unable to get his comic strip syndicated upon leaving college, prompting him to write down ideas for Diary of a Wimpy Kid in 1998, hoping that it would turn into a book someday. After spending six years working on the book, Jeff introduced it in daily installments to the online world using Funbrain.com Diary of a Wimpy Kid has amassed over 80 million visits to date, and it continues to be a hit with more than 70,000 viewers reading it daily.

In 2006, publisher Harry N. Abrams, Inc. offered Jeff a multi-book deal, the first publishing contract he signed. Jeff’s dream of turning Diary of a Wimpy Kid into a print series became a reality. The first book was published in 2007 and it immediately became a bestseller. Just one year after publication, over 100,000 copies were in print in the US alone. Each subsequent book enjoyed higher in-print numbers both in the US and overseas. The ninth installment, Diary of a Wimpy Kid: The Long Haul, sold over 2 million copies in various formats around the world in just its first week. Overall, more than 150 million copies of the hit series are in print.

The Diary of a Wimpy Kid series can now be found in multiple bestseller lists, including the USA Today, Publishers Weekly and Wall Street Journal. More impressively, the series has been a fixture on the New York Times bestseller lists since the first book’s publication, which means it has remained on the list for over 400 weeks. Right now, the books are available in 51 editions in 45 languages.

The series has also received multiple regional and national awards the world over since its publication in 2007, including five Nickelodeon Kids’ Choice Awards and two Children’s Choice Book Awards for Favorite Book. Time magazine also named Jeff Kinney one of the most influential people in the whole world. What’s more, three movie adaptations have been released, grossing out over $250 million abroad.

Jeff Kinney is also the man behind Poptropica, which was one of the 50 Best Websites according to Time magazine. His childhood was spent in Washington, D.C., and in 1995 he moved to New England. Jeff happily lives in Massachusetts with his wife and two sons, where they have their own bookstore called An Unlikely Story.

Find his books on Amazon