85 years ago today, Alcoholics Anonymous was founded in Akron, Ohio, by Bill Wilson—who, the previous day, drank his last drink. He co-founded it with Dr. Bill Smith who helped form AA’s Twelve Step program of spiritual and character development to enable its members to “stay sober and help other alcoholics achieve sobriety.”

With the help of early members, the book Alcoholics Anonymous: The Story of How More Than One Hundred Men Have Recovered From Alcoholism was written in 1939—and, by 2016, close to two million people worldwide were estimated to be members of AA. (1935) 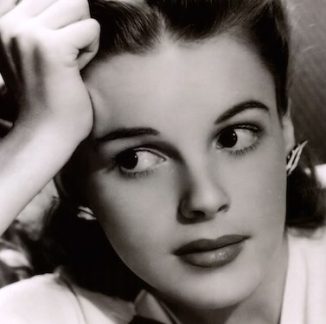 And, on this day in 1922, Judy Garland, the singer and actress who played ‘Dorothy’ in the Wizard Of Oz, was born in Minnesota. Named Frances Ethel Gumm, she was performing at the age of three and went on to earn Academy Award nods for roles in A Star Is Born and Judgment at Nuremberg. During her 40-year career, she is perhaps best known for singing ‘Somewhere Over The Rainbow’, which was voted the ‘Song Of The Century’ in an American poll. In 1969, at the age of 47, the international star died of a barbiturate overdose. Other famous films include Meet Me in St. Louis and Easter Parade. Her children, Liza Minnelli and Lorna Luft, carried on her legacy as singers and actors.

And, on this day in 1964, The Rolling Stones visited Chess Records studio at 2120 South Michigan Avenue in Chicago during their first U.S. tour where they recorded R&B covers from some of their favorite artists. During the day, they met their blues heroes, Muddy Waters, Willie Dixon, Buddy Guy, and rock pioneer Chuck Berry, some of the famous artists that recorded there. The visit came just after their debut album was climbing the charts in the UK where Mick Jagger and Keith Richards got their start playing covers of Chess recordings.

The sessions were featured on their U.K. EP Five by Five and on their second U.S. studio LP 12 x 5, and included the song that became their first #1 hit, It’s All Over Now, as well as Time Is On My Side. It also included the Stones’ original instrumental named after the studio’s now-famous street address, 2120 South Michigan Avenue.

Willie Dixon’s Blues Heaven Foundation, which is located at the site of the famous blues label’s headquarters, works to restore the Chess Records building. In his biography, Keith Richards described Chess records as “hallowed ground” and the “perfect recording studio”.