60 years ago, The Apartment, a romantic comedy-drama that won the Academy Award for Best Picture, premiered in New York City. Its co-writer and producer Billy Wilder also won Best Director and Best Original Screenplay. The Apartment stars Jack Lemmon and Shirley MacLaine who were both nominated for Oscars for their performances.

A mild-mannered man (Lemmon) moves up the corporate ladder by letting executives use his apartment for trysts, but complications ensue when he falls for the elevator operator (MacLaine), who in turn is having an affair with Bud’s boss… WATCH one of the best clips… (1960)

Although Lemmon did not win the Oscar, Kevin Spacey dedicated his Oscar for American Beauty (1999) to Lemmon’s performance.

And, on this day 805 years ago, England’s King John put his seal to the Magna Carta. The historic document established the foundations of parliamentary democracy, human rights and the supremacy of law for rebellious English Barons demanding freedom and legal due process.

The clause at the heart of the Great Charter states that no free man should be seized or imprisoned or stripped of his rights or outlawed or exiled except by the judgement of his equals or by the law of the land. First drafted by the Archbishop of Canterbury to make peace between the unpopular King and a group of rebel barons, it laid the foundations for the current British–and later, American– legal and constitutional system, with three of the 60 clauses still in force today. The U.S. Constitution’s Fifth Amendment guarantees that “no person shall be deprived of life, liberty, or property, without due process of law”, a phrase that was derived directly from Magna Carta. (1215)

And, on this day in 1978, King Hussein of Jordan married the Arab-American woman Lisa Halaby, who became the mother of four of his children as Jordan’s beloved Queen Noor. She gained influence by using her role as queen—and her education in urban planning—to benefit charities and improve the country’s economy. Her memoir, set against a backdrop of 30 years of Middle Eastern conflict, is called Leap of Faith: Memoirs of an Unexpected Life.

Also, on this day in 1941, the singer, songwriter Harry Nilsson was born in Brooklyn, NY. His work, characterized by pioneering overdub experiments in the 70s, included ‘Without You‘, ‘One (is the Loneliest Number)’, and ‘Everybody’s Talkin” from the film Midnight Cowboy. 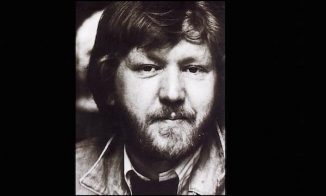 When John Lennon and Paul McCartney held a press conference in 1968 to unveil the record label Apple Corps, Lennon was asked to name his favorite American artist. He replied, “Nilsson”. McCartney was asked next, and he said, “Nilsson”. At age 52, the musician died of heart failure. Nilsson’s multi-octave voice was never so full of life as it was on the Nilsson Schmilsson LP, which earned him a 1973 Grammy Award nomination for Album of the Year. “Without You” won the Grammy for Best Male Pop Vocal Performance. Lennon produced and played on his Pussy Cats LP.

And, on this day in 1967, the Oscar-nominated World War II drama The Dirty Dozen was released. Inspired by a true story, a small band of convicted criminals are trained for a top-secret mission, to attack a fancy chateau full of Nazi officials prior to D-Day. 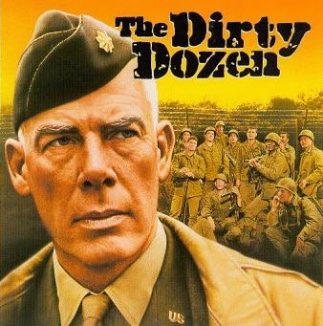 If there are any survivors on this virtual suicide mission, the newly-skilled commandos are to be pardoned and returned to active duty at their former ranks. 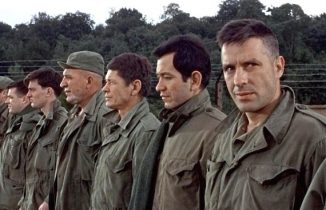 Based on the best-selling novel, the cast included many World War II American veterans who became actors, including Lee Marvin, Robert Webber and Robert Ryan (US Marines), Telly Savalas (US Army) and Charles Bronson (Army Air Forces), Ernest Borgnine (Navy), and Clint Walker (Merchant Marine). Jim Brown, one of the greatest NFL football players of all time, was forced to choose between his roles as running back and film star during the making of the film—he chose acting.

And, 101 years ago today, British pilots John Alcock and Arthur Brown became celebrities worldwide for completing the first nonstop transatlantic flight—a harrowing 16-hour journey through ice and fog with a broken radio that led people to believe they had crashed into the ocean. The aviators were freezing cold, drenched with rain, navigating in their open cockpit through a snowstorm and their instruments and carburetor were crippled by ice.

16 hours and 1890 miles later they spotted the Irish coast and landed nose first after the green field they spotted in Galway turned out to be a bog. Despite it all, Alcock and Brown took home an enormous prize of £10,000 offered by The Daily Mail and were welcomed back to London by King George V. They carried several items of mail with them when they took off from St. John’s, Newfoundland, Canada, and in doing so, effectively transported the first transatlantic airmail to Britain. (1919)

The pioneering flight was made a full 8 years before Charles Lindbergh became a household name for flying from New York to Paris. WATCH some historical film from the day…