40 years ago today, The Blues Brothers with John Belushi and Dan Aykroyd premiered in Chicago, where they shot the film. The comedy duo portrays Jake and Elwood Blues, brothers and paroled convicts who have set out on “a mission from God” to save from foreclosure the Catholic orphanage in which they were raised.

To do so, they must reunite their R&B band and organize a performance to earn $5,000 needed to pay the orphanage’s property tax bill. Along the way, they are targeted by a homicidal “mystery woman”, Neo-Nazis, and a country and western band—all while being relentlessly pursued by the police.

Directed by John Landis, it also stars with Aretha Franklin as a restaurant owner and Ray Charles as the owner of a music shop. It features plenty of great music, with performances by James Brown, Cab Calloway (Minnie the Moocher), Aretha (Think), Ray (Shake a Tail Feather), and John Lee Hooker, and the soundtrack LP sales went platinum.

Developed from the recurring sketch on Saturday Night Live, the movie’s screenplay was co-written by Aykroyd and Landis. The songs and script, together with the destructive car chases, made the rollicking flick an instant cult classic. WATCH the awesome trailer with all your favorite scenes… (1980)

Within two hours he signed acts of Congress giving him control over industry, power to coordinate the railroads, and authority to start work on a $3,300,000,000 public works program. He declared the National Industrial Recovery Act “the most important and far-reaching legislation ever enacted by the American Congress,” and said that it “represents a supreme effort to stabilize for all time the many factors which make for the prosperity of the nation and the preservation of American standards.”

And on this day in 1967, the 3-day Monterey Pop Festival began, kicking off ‘The Summer of Love’ and securing California as the focal point of the counterculture movement. 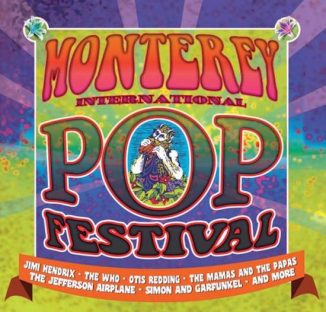 It was the first major US appearance by The Who, Jimi Hendrix and Janis Joplin, and became the inspiration for future music festivals, like Woodstock two years later. All the proceeds went to charity as all the artists agreed to perform for free, including The Byrds, Grateful Dead, Steve Miller Band, Canned Heat, Mamas And The Papas, Jefferson Airplane, Buffalo Springfield, Ravi Shankar, Simon & Garfunkel, and Otis Redding. The entire festival was recorded by D.A.Pennebaker for a documentary and record set, which inspired tens of thousands of American youth to move to the West Coast.

And, on this day in 1998, the founder of Hyundai—a self-made billionaire who left North Korea in 1933 at the age of 18 to seek his fortune—returned to his famine-ravaged homeland driving 500 fattened cattle in 50 open trucks. 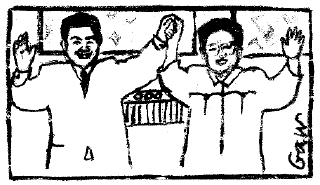 The offering to help feed his people made him the first civilian to cross the demilitarized zone without a government escort. Another 500 cattle were expected in later weeks along with a donation of 50,000 tons of corn. Chung was raised the son of a poor farmer in what is now North Korea. His extraordinary homecoming and donation were estimated to be worth over $10 million. (READ More of the story from the original 1998 post in Good News Network) 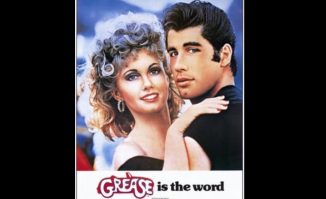 Also, on this day in 1978, Grease hit big screens with John Travolta and Olivia Newton-John dancing and singing their way into American culture. A love story between Danny and Sandy set during the 1950s, the film became a fan favorite at the box office and fourth highest-grossing live-action musical of all time. Three songs from the soundtrack became top five hits on the Billboard chart.