80 years ago today, Charles de Gaulle, galvanized the Free French Forces in one of the most important speeches of the 20th century. Known as L’Appel du 18 Juin (The Appeal of 18 June), it is often considered to be the origin of the French Resistance movement during the German occupation in World War II.

De Gaulle spoke to the French people from a BBC studio in London one day after the fall of France. He fled to England as his shattered government brokered an armistice deal with the advancing Nazis. He obtained special permission from Winston Churchill to broadcast a message to his countrymen—and in his speech, de Gaulle declared that the war for France was not over yet. He reminded the French people that the British Empire and the U.S. would support them militarily and economically, and it rallied the country in support of the Resistance.

WATCH the newsreel footage and READ the highlights… (1940)

“A great many Frenchmen refuse to accept either capitulation or slavery, for reasons which are called: honor, common sense, and the higher interests of the country.

I say common sense, for it is absurd to consider the struggle as lost.

I call upon all French servicemen of the land, sea, and air forces; I call upon French engineers and skilled armaments workers who are on British soil, or have the means of getting here, to come and join me.

I call upon all Frenchmen who want to remain free to listen to my voice and follow me. 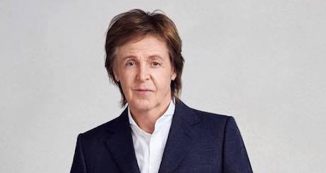 The musician and composer renown for his groundbreaking work with The Beatles has won 21 Grammy Awards and written, or co-written, 32 songs that have reached number one on the Billboard Charts. More than 2,200 artists have covered his song “Yesterday”, making it one of the most covered songs in popular music history. A staunch vegan and animal rights activist, McCartney still tours today, (1942)

And, on this day in 1948, the dream of a Columbia Records president to hear an entire symphonic movement on one side of an album came to life, as mass production began on the 33-rpm long-playing (LP) record. 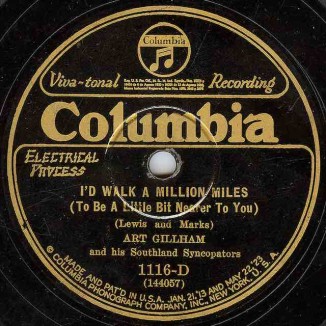 Edward Wallerstein cajoled a team of a thousand men to manufacture the new disk, which could hold 23 minutes of music per side, instead of 3 minutes, like the standard records of the day that spun quickly at 78-rpm. The first LP manufactured was The Mendelssohn Violin Concerto in E minor played by Nathan Milstein with Bruno Walter conducting the Philharmonic Symphony Orchestra of New York.

41 years ago today, SALT II was signed by US President Jimmy Carter and Soviet leader Leonid Brezhnev—the first arms-reduction treaty between the two super powers. The Strategic Arms Limitation Talks agreement committing both sides to a limit of 2,400 missile launchers and banned new missile programs. Salt I signed by Nixon and Brezhnev in 1972 froze the deployment of land-based intercontinental ballistic missiles and banned the construction of any new submarine-based missiles. (1979)