On this day 5 years ago, Apple Music reversed its policy on paying musicians, one day after Taylor Swift said she was refusing to allow streaming of her latest album 1989.

In an open letter to Apple, Swift said she was unhappy with the three-month free trial offered to subscribers, saying “We don’t ask you for free iPhones. Please don’t ask us to provide you with our music for no compensation.”

Happy 53rd Birthday to eBay founder Pierre Omidyar. The computer geek entrepreneur became a billionaire at age 31 when the company’s stock was offered for sale to the public three years after the first eBay auction in 1995. 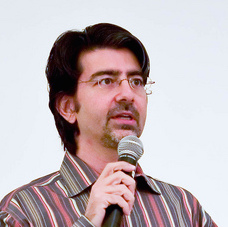 Omidyar and his wife Pamela are well-known philanthropists through their Omidyar Network, and the son of Iranian immigrant parents has involved himself in online journalism as the head of investigative reporting and public affairs for his own news service, the Honolulu Civil Beat. (1967)

And, on this day in 1893, the first Ferris wheel premiered. Designed and built by George Ferris Jr. for an exposition in Chicago, the amusement ride measured 264-feet tall (80m) and was intended to rival the Eiffel Tower, centerpiece of the 1889 Paris Exposition. (1893) 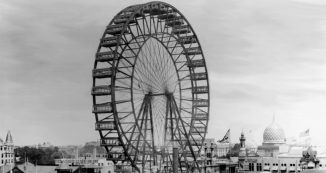 A technological advance based on the three wooden wheels at Asbury Park, Atlantic City, and Coney Island, NY (built the prior year by William Somers), the Ferris wheel rotated on a 71-ton axle with two 16-foot-diameter cast-iron spiders weighing 53,031 pounds.

Happy 76th Birthday to The Kinks co-founder and frontman Ray Davies. Regarded as one of the most influential British songwriters, Davies wrote the 1964 No.1 hit You Really Got Me, along with All Day and All of the Night, and Victoria. In the next two years he wrote Set Me Free and Sunny Afternoon—and, later, Lola (“She walked like a woman and talked like a man”), Apeman, Celluloid Heroes, and Come Dancing. With four Gold Albums The Kinks catalogue has sold over 50 million records worldwide. WATCH a recent interview in a short bio… (1944)

Davies was knighted in 2017 for services to the arts, has written for plays and musicals, and is the author of X-Ray, his autobiography, as well as a book of short stories entitled Waterloo Sunset. He has also made three films, including a 1991 documentary on Charles Mingus called Weird Nightmare.

Since The Kinks disbanded in 1996, Sir Ray has released six solo albums, his latest in 2017, called Americana, based on his experiences in the US, and his 2013 biographical book Americana.

Also, Happy 41st Birthday to actor Chris Pratt (Guardians of the Galaxy and Parks and Rec)