140 years ago today, Canadians heard the first performance of O Canada, the song that would become the national anthem. Originally called “Chant national,” it was written in Québec City by Sir Adolphe-Basile Routhier (words in French) and composed by Calixa Lavallée, who was apparently so excited when he completed it that he forgot to sign the manuscript. First played in Québec at The First Congress on the French Language in Canada, the country didn’t move to officially make it the national song until a century later.

The best-known English-language version, because people never liked the direct French translation, was written by attorney Robert Stanley Weir in 1908, but amended several times over the years. It became one of the favorite anthems played at Olympic and athletic stadiums, with its triumphant ending, “O Canada, we stand on guard for thee.” READ the lyrics, and WATCH a stunning rendition just created during lockdown by a large choir… (1880)

Check out this new version, just uploaded yesterday to YouTube, in what might be a serendipitous posting because the Westcoast Harmony Chorus didn’t mention the anniversary…

And on this day in 1947, Kenneth Arnold reported the first known sighting of UFOs after flying over Washington and seeing nine luminous disks in the form of saucers. Coincidentally, this is also the day when the US Air Force released its report, in 1997, “closing” the investigation of the so-called Roswell Incident, which concluded that the alien bodies witnesses reported seeing in 1947 were actually life-sized test crash dummies. 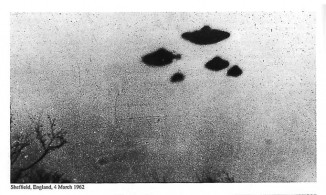 And on this day in 1901, the shoe salesman Chuck Taylor was born in Indiana. While playing basketball in high school, Taylor began wearing the Converse All-Star shoe introduced in 1917. 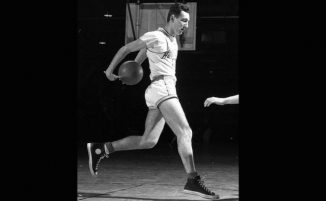 He became such a fan that he approached the company for a job, and traveled across America selling the shoes as he organized basketball clinics. Because he was so successful in promoting the shoe—winning an 80% share of the entire sneaker industry—as well as fine-tuning its design to improve performance on the court, such as adding a reinforcing ankle patch, Converse added his signature, “Chuck Taylor,” to that patch and their star logo in 1932. The All-Stars sneakers, simply known as ‘Chucks,’ became the most successful basketball shoe in history, with 800 million pairs sold. 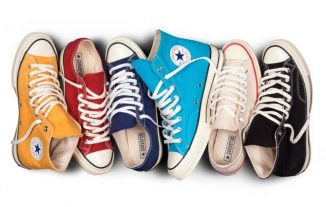 In 1936, Taylor designed the white Chuck Taylor All Star high-top, with its patriotic red and blue trim, for Team USA as they headed to the first ever Olympic basketball tournament, held in Berlin (where they took home gold). The iconic show was also adopted as the official training shoes of the United States military during World War II. Once technological advancements caused the shoes to become obsolete for sports, people began buying the canvas unisex sneakers because they were fashionable. Converse heeded the call and began making them in a rainbow of colors. 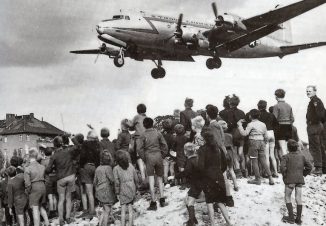 And, on this day in 1948, the Soviet Union deliberately refrained from stopping a massive humanitarian airlift led by American, British and French flyers over West Berlin, after they instituted the cruel ‘Berlin Blockade’ attempting to cut off all inroads to the city.

For nearly a year, more than a quarter million flights delivered thousands of tons of food and fuel to the otherwise strangled German city, which was surrounded by 1.5 million Soviet military troops.

5,000 tons of food, coal, and liquid fuel were required each day to sustain the two million people. Despite the Germans having been the sworn enemy of the West just three years earlier, the merciful airlift gained popular support and was called “America’s greatest humanitarian mission”.

And, Happy 76th Birthday to Jeff Beck, the “guitarist’s guitarist”.  As a British teenager he learned to play on a borrowed guitar and made several attempts to build his own instrument, first by gluing and bolting together cigar boxes for the body and a fence-post for the neck.

He was ranked fifth in Rolling Stone’s list of the ‘100 Greatest Guitarists of All Time’ and is considered as one of the most influential lead guitarists in rock. Two of his early solo LPs released in the 1970s, Blow by Blow and Wired, were both instrumental and certified platinum. He has won eight Grammy awards, including four for his 2010 LP Emotion and Commotion. WATCH him play Nessun Dorma, one of the Grammy winning performances… (1944)