On this day 105 years ago, the musician and innovator Les Paul was born in Waukesha, Wisconsin. A natural engineer and phenomenal musician, Lester Polsfuss, as a teen, invented his own speaker and one of the earliest solid body guitars–carving it out of a piece of railroad plank.

His Les Paul guitars, made famous by Gibson, were favorites of rock legends worldwide. He is the father of multi-track recording and guitar effects—experiments funded by Bing Crosby. His lightening-fast picking in jazz, blues, and country styles earned Les Paul a television show and accolades too numerous to mention. In his 90s, he still performed weekly in Manhattan jazz clubs, despite numerous disabilities. He died in 2009, three years after earning his last two Grammy awards. (1915) 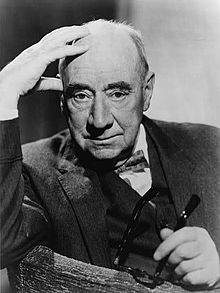 And on this day in 1954, U.S. Army counsel Joseph Welch confronted Sen. Joseph McCarthy on the 30th day of Senate hearings investigating Communist activity in America, by saying, “Have you no sense of decency, sir? At long last, have you left no sense of decency?”  At that point, the Senate gallery erupted in applause for the only brave soul to have finally stood up in the committee hearings against the “Red Scare” witch hunt that had paralyzed the nation’s psyche.

Also on this day, in 1891, composer and songwriter Cole Porter was born. 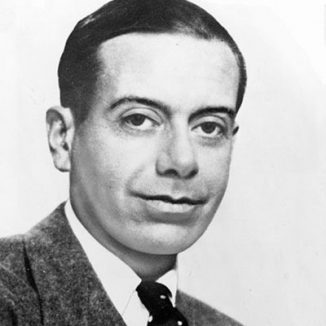 Although classically trained, he was attracted to musical theater and wrote both music and lyrics for his songs, including for the Tony Award-winning show Kiss Me, Kate. He wrote the popular standards Night and Day, I Get a Kick Out of You, I’ve Got You Under My Skin, Let’s Do It, and In the Still of the Night. 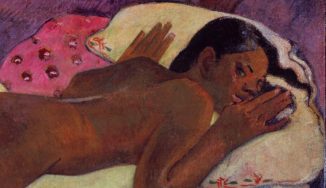 And, on this day in 1891, the French painter Paul Gauguin arrived in Tahiti, a move that would transform his art and deliver the world a lush, sensual view of Polynesian island life. He installed himself in a native-style bamboo hut in Mataiea, with Ia Orana Maria (Ave Maria, pictured) to become his most prized Tahitian painting. He executed some twenty paintings and a dozen woodcarvings over the next year and returned to France 3 years later with many more. Gauguin later wrote a travelogue (first published 1901) titled Noa Noa, commenting on his paintings and describing his experiences in Tahiti.

And, on this day in 1909, Alice Ramsey, a 22-year-old mom from Hackensack, New Jersey, began a journey that led to her becoming the first woman to drive across the United States. On her 59-day trek from New York to San Francisco she was accompanied by two older sisters-in-law and 19 year-old friend—none of whom could drive a car. They arrived amid great fanfare on August 7, completing the 3,800 mile trip three weeks sooner than expected.