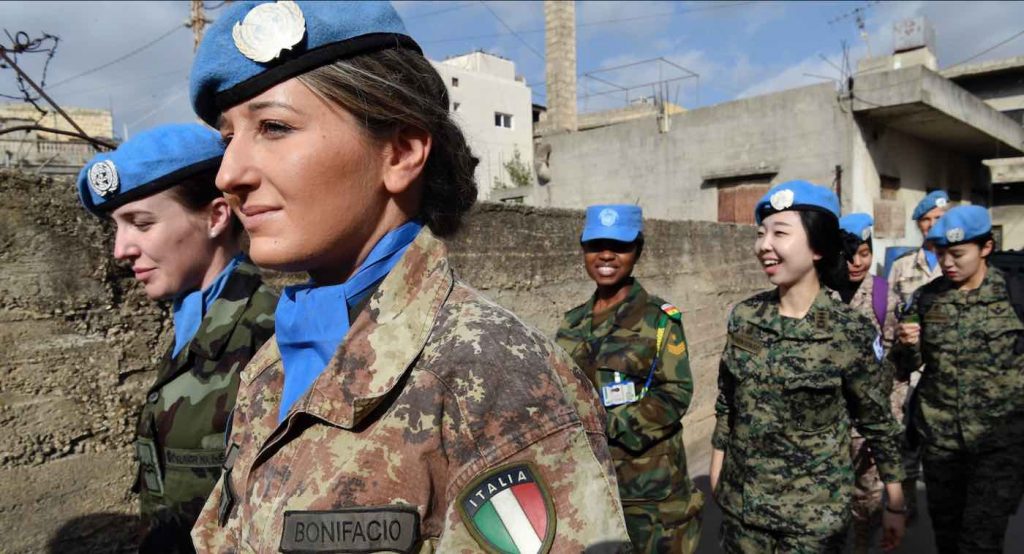 Today is the International Day of UN Peacekeepers, when nations around the world honor a special kind of soldier—one that sets out to establish order and make peace. Since its founding in 1948, more than 1 million UN peacekeepers in blue hats have undertaken 72 field missions and negotiated more than 172 peaceful settlements to end regional conflicts, and enabled people in more than 45 countries to participate in free and fair elections. More than 3,900 peacekeepers have lost their lives serving the cause of peace under the UN flag, including 102 last year.

To help mark the 20th anniversary of the adoption of the UN Security Council Resolution on Women, Peace and Security, the theme for this year’s Day is “Women in Peacekeeping: A Key to Peace”. LEARN more… (1948)

“Women peacekeepers make invaluable contributions helping to improve overall peacekeeping performance, having greater access to communities. They also encourage women to become a meaningful part of political processes; when diverse women participate in peace negotiations, the quality and durability of peace agreements increases, and… are more likely to be implemented, academic research shows.”

Today, UN Peacekeeping deploys more than 95,000 military, police and civilian personnel in 13 operations located in some of the most conflict-ridden and austere locations in the world. To mark the Day at the UN Headquarters in New York, the Secretary-General will lay a wreath in honor of all peacekeepers, who have lost their lives over the past seven decades. And the Dag Hammarskjold medal will be awarded posthumously to peacekeepers who died in 2019.

Also on this day, in 1903, Bob Hope was born in a neighborhood near London. The stand-up comedian and actor built a career in America that spanned nearly 80 years, with appearances in more than 54 feature films (often with side-kick Bing Crosby). In addition to hosting the Academy Awards a record 19 times, he was beloved for his USO shows that entertained American military troops—a remarkable 57 tours overseas between WWII in 1941 and Vietnam in 1991. He lived to be 100 years old, with the song “Thanks for the Memory” as his signature tune.