50 years ago today, in the wake of The Beatles breaking up, Paul McCartney’s debut solo album, McCartney, featuring Maybe I’m Amazed, hit No.1 on the US album chart.

Apart from Linda McCartney’s vocals, McCartney performed and recorded the entire album solo—mostly using basic home-recording equipment and overdubs on four-track tape. Other soulful songs on the LP on Apple records were Every Night and That Would Be Something.

LISTEN and WATCH a video of Paul talking about making the album while The Beatles were breaking up, and finding comfort in his family… (1970)

And on this day in 1813, South American revolutionary leader Simón Bolívar entered Mérida, leading the invasion of Venezuela, and was proclaimed El Libertador (“The Liberator”). Credited with leading the fight for independence in areas of Venezuela, Colombia, Ecuador, Peru, Panama and Bolivia, he is revered as a hero in these countries and throughout much of Latin America. A great admirer of the American Revolution (and a critic of the French Revolution), Bolívar described himself in his many letters as a classical “liberal” and defender of the free market economic system.

Among the books he traveled with when he wrote the Bolivian Constitution were Montesquieu’s Spirit of the Laws and Adam Smith’s Wealth of Nations. Bolívar’s many speeches and writings reveal him to be an adherent of limited government, the separation of powers, freedom of religion, property rights, and the rule of law. On his deathbed, Bolivar asked his aide-de-camp, General Daniel Florencio O’Leary to burn the extensive archive of his writings, letters, and speeches. O’Leary disobeyed the order and his writings survived, providing historians with a vast wealth of information about Bolivar’s classical liberal philosophy and thought. 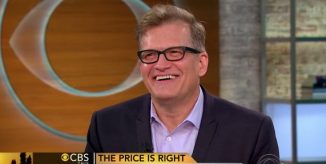 Happy 62nd Birthday to comedian, actor, and TV host Drew Carey. Carey, who just got engaged to be married this January, has appeared in films and sit-coms, and has hosted the game show The Price Is Right since 2007. He loves being involved in professional sports, and uses a pseudonym to market his soccer photography of the U.S. National Team. In his New York Times bestselling autobiography, he revealed that he was once molested, and has suffered bouts of depression. While filming The Drew Carey Show, he needed heart surgery and later began a diet and exercise plan, resulting in extensive weight loss, which cured his Type 2 diabetes. (1958)

Also Happy Birthday to Victor Espinoza who turns 48 today. The thoroughbred horse racing jockey won the Triple Crown in 2015—the oldest jockey and first Hispanic ever to win the award. 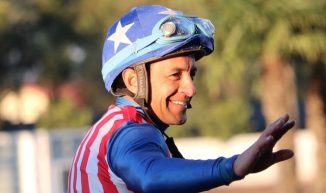 Overcoming his fear of horses on his family’s farm in Mexico, he left home at 15 to pursue his dreams of riding. He has won the Kentucky Derby three times, in 2002, 2014, and 2015—and won the Preakness Stakes three times, in those same years. He donates 10 percent of all his prize money to a cancer research and treatment center. The first jockey in history to enter the Belmont Stakes with a third opportunity to win the Triple Crown, he finally won the elusive honor in 2015 on American Pharoah, the first horse to do it in 37 years. (1972)

And on this day in 1969, The Who released in the UK the first rock opera, entitled Tommy, about a “deaf, dumb and blind kid,” who “sure played a mean pinball.” The double album written by Pete Townshend, sold more than 20 million copies by 2012, and was inducted into the Grammy Hall of Fame. Iconic singles include Pinball Wizard, I’m Free, and See Me, Feel Me. WATCH the band perform the Tommy Overture live – and hear the condensed story.