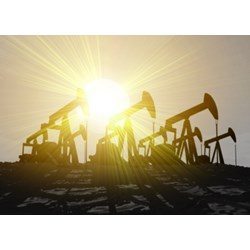 Did you ever wonder how oil drilling works? You have probably seen television shows and movies, and you’ve probably run across some scenes where the black crude oil is gushing out of the ground. But in reality oil production is somewhat different from how you see it in the movies.
So how exactly does a company seek out oil/petroleum and pump it from the ground?

What is oil and how is it made?

It originated from the deposits of minuscule plants as well as other living organisms (plankton) that settled down into the depths of the sea—down the coast and mud. These microorganisms deteriorated in the sea for about 10- 600 million years.

Throughout the years, these organisms decompose in the deposited layers. Since there was minimal oxygen present; the microorganisms split the deposits into carbon-rich compounds which created organic layers.

Fluctuations in the Earth accumulate natural gas and oil in the repository rocks between the layers of impenetrable rock, or cap rock from marble or granite.

This reservoir is produced when the oil gushing from the rock source develops into thicker, more permeable sandstone or limestone.

These movements on the Earth’s surface include :

Faulting- Fracturing of rocks in the Earth that trigger slip and breakage similar to the fracture. Brought by extensional, compressed, and shear forces that commonly transpires in close proximity to the surface of the Earth.

Pinching out- A layer of non porous rock is compressed upward going to the repository rocks.

Through the use of sensitive gravity meters, they can calculate subtle variations in the Earth’s gravitational field– these changes could signify gushing oil. Furthermore, another method that can be used is magnetometers. It will determine the minuscule changes in the Earth’s magnetic field caused by flowing oil. Additionally, the sensitive electronic noses known as sniffers will assist in spotting the smell of carbon easily.

Lastly, with seismology- the most common method, it’s possible to analyze the shock waves that travel through isolated rock layers and those that reflect into the surface.

To Learn More About Oil And Gas Investments Visit: