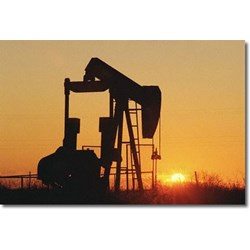 For the past years, the U.S. government has done so much to alleviate the tax burden of their citizens. Especially those who are trying to save their meager income for retirement. More so, major pieces of legislation are committed in providing tax incentives for workers with the purpose of supporting them with their retirement savings. As a matter of fact, even the capital gains tax rules have been overhauled, it will just give the privilege of a more affordable disposal of appreciated assets.

However, on the subject of tax-advantaged investments for influential and wealthy investors, an investment class continues to stand independently among the rest: oil.

For oil and gas investors, there are several major tax benefits that are readily available. Although, these are found nowhere else in the tax code. This article will concentrate on the benefits of such investments, and how one can utilize them to fire up their work portfolio.

The key benefits of investing in oil include

Tangible Drilling Costs: This pertains to the actual cost of the drilling equipment used. In general, the expenses could be a hundred percent tax deductible. However, it must be depreciated over 7 years. Wherein the outstanding amount could be written off based on a 7-year schedule.

Intangible Drilling Costs: This type of cost includes everything with the exception of the actual drilling equipment. Intangible items such as: chemicals, labor, grease, mud, and other miscellaneous commodities that are necessary for drilling. Generally, these expenses are made up with 70-85% of the total cost, but a hundred percent deductible in the year accrued. It doesn’t matter whether the well is capable of producing oil. As long as it starts to operate, deductions will be enforced.

Passive vs Active Income: It is stipulated in the tax code that a working interest in gas and oil should not be considered as a passive activity. This indicates that all net loss are viewed as active income received with the wellhead production—which can also be outset against the other forms of income such as: interest, wages, capital gains, so on and so forth.

Small Producer Tax Exemptions: Perhaps, this would be the most alluring tax break for both small producers and investors. An incentive that’s commonly known as the “depletion allowance.” This excludes fifteen percent of all gross income originating from oil and gas wells. However, this special advantage is limited to investors and small companies. Which means, any company that generates or refines more than 50,000 barrels of oil on a daily basis is considered to be disqualified. Also, entities that own more than 6 million cubic feet of gas, or 1,000 barrels of oil per day are also excluded.

Alternative Minimum Tax: On the alternative minimum tax return, all excess intangible costs are generally exempted as a “preference item.”

Lease Costs: Purchase of lease operating costs, lease and mineral rights, and all legal, administrative accounting expenses are included. These expenses are a hundred percent tax deductible in the year they are implemented.