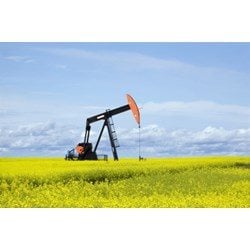 Tax Benefits Of Investing In Oil And Gas

The Tax Reform Act of 1986, a bill that abolished a number of tax shelters; had its effect on the direct participation programs in gasoline and oil, and one of the few untouched investment opportunities that allows investors to earn their revenues. It has become one of the most tax advantaged investment alternatives.
There are basically two aspects and they are Tangible and Intangible Development Costs; both enable the investors to deduct as much as 65%-100% during the first year. The Tangible Development Costs (TDC) incorporate the well equipment needed for continuing development of oil and gasoline wells that are classified as the output of an investment.

How the government treats oil and gas investment

The private investment in the development of domestic oil sources is being fortified by the U.S government. Apart from that, the government, as well as the American citizens is searching for methods that will encourage a reduction dependency on overseas oil and reliance on sourcing oil that are domesticated. In order to achieve this goal, marketing personal investment is applicable. Through establishing a tax shelter, the Tax Reform Act of 1986 made gas and oil participation more rewarding to the extent that as much as a hundred percent of the expenditure can be subtracted from an investor’s tax in the year the well is built. Furthermore, 15% of the current revenue are tax-free. Making oil and gas investments a possible approach for lowering overall tax liability while being able to generate greater income.

The majority of tax liability was handed from specific investors onto corporations after the implementation of the Tax Reform Act of 1986; which explains why oil and gas participation is a rewarding form of investment.

The IRS (Internal Revenue Service) considers oil and gas as an asset, that enables investors to amortize the direct expenditures related to drilling that occurred for more than 7 years. Considering that the preliminary tax breaks, and the on-going amortization, oil and gas involvement have tax benefits that are beyond a regular investment.

It is necessary for investors to have a good tax strategy to boost their productivity revenue. If investors make a profit, unlike spending it all to the IRS, the investment will deliver a lower recurrence rate. Oil and gas investments are appealing due to the fact that an investor can eliminate some of the intangible expense of drilling oil on their tax return. This can be achieved in the year the well had been drilled with some intangible costs capitalized. Seek advice from a CPA for the most effective way to include this into your tax trading strategy.

To Learn More About The Tax Advantages Of Oil And Gas Investments Visit: