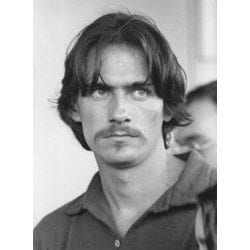 James Taylor and Guitar have some kind of connection at the back of my
mind. Whenever one of them is mentioned I remember the other. You see
guitar players either use a single pick or wear some long brass or
plastic picks on their finger tips.

James Taylor, on the other hand,
picks the strings in a very unique way that I’d never seen anyone else
doing. He used to pick with the thumb and the next three fingers, not
with a plastic or a brass pick, but with his nails. The most interesting
part about it is that he used to use artificial finger nails.

Why?
Because he used to get a lot of broken nails at first, so he tried the
artificial nails and they worked well with him for a while, then he made
up a new method.

The Easiest and Most Popular Guitar Home Study Course: Cheaper than one lesson

James Taylor’s guitar playing style, as he himself says, evolved around
hymns. That could be due to the fact that he was educated in a boarding
school called Milton academy near Boston, obviously a catholic school.
He says they played a lot of hymns there. James Taylor admits that hymns
shaped his guitar playing style at that age.

James Taylor’s style is affected by Woody Guthrie, who used to play guitar with no ampilifier and with a really think pick.

At first James Taylor was using his thumb, fore and middle finger nails
for picking. After having frequently broken nails he started using
artificial nails. After that he started gluing beads to his finger nail
tips and using them form picking.

The short answer is to learn from him how to do it. You can either hire
him for private lessons if he agrees, or follow the few lessons he put
on youtube. Below you’ll find some of them.

Playing guitar like James taylor is not going to be an instant result of
watching these videos. I went through learning how to play Oud and
violin. The oud took me a day to put some meaningful sounds together,
while the violin took me 48 hours to be playing normally without any
defficulties. But in both cases it took me months of practice to be
playing like a pro.

The same applies here. Even though the small lessons below are going to
show you hit by hit, frit by frit, how to play certain things like the
wheels, if you are a beginner it might take you months before you can
play in front of an audience.