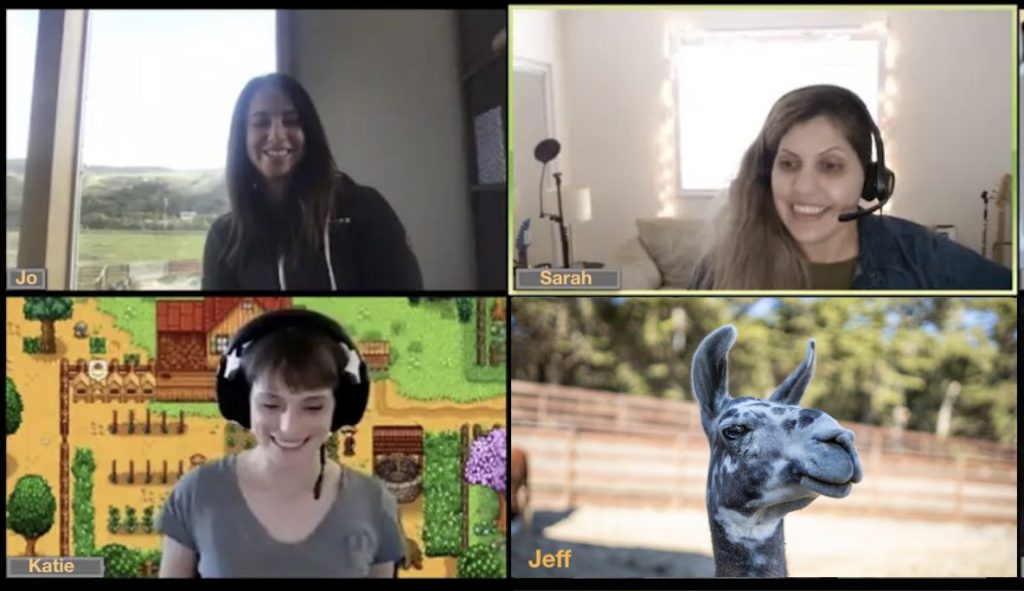 We’ve seen some incredible displays of creativity during the long weeks of COVID-19 self-isolating. (GNN even produced a fun television pilot.) But nothing quite matches the brilliant strategy of a California animal shelter which is struggling to pay its bills during the lockdown.

Teleconference organizers can contact Sweet Farm and for less than $100 have one of the farm animals make an appearance during their next video-conference call—sitting in as a rather distracted member of the group.

The initiative is known as Goat 2 Meeting, which is a pun based on another popular teleconference software, GoToMeeting. Not only goats are available, though. You can arrange visits from turkeys, sheep, pigs, and llamas, as well.

For readers who haven’t used Zoom, the caller who is speaking is the one who appears on the screen, so imagine a goat bleat not only interrupting your boss, but replacing his face with a goat’s!

Speaking with Business Insider, Anna Sweet, the brains behind Goat 2 Meeting reported that more than 300 requests for animals have come in since the middle of March when they launched the program. One video conference set up for lawyers sent notices that their kids were invited to the call to take a virtual tour of the farm.

POPULAR: Look Inside This Mini Art Gallery That a Bored Couple in Quarantine Made for Their Pet Gerbils

“I think we’re all a little stressed with what’s going on — many of us have been sitting inside,” Sweet told Business Insider. “We’re just hoping to bring some smiles to people’s faces, while bringing them out to the farm at the same time.”

If you are interested in bringing a farm animal onboard for your next teleconference, fill out the request form on the Goat 2 Meeting website.

SHARE the FUN Idea With Friends and Coworkers on Social Media…