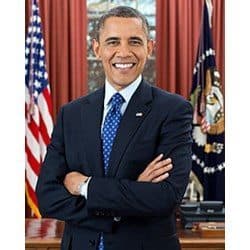 If you want to be president or be elected to office, one of the things that you must do is get your name out there.  It cost money to do that.  Which means would be politicians are always raising money.  They want to be in front of you at all times.  This includes night time, when you’re driving, when you listen to the radio and when you’re watching television.

They strive to have you recognize their face and what they’re going to do to make your life better.  As a result, they’re always looking for then next thing that’s going to serve that purpose for them.  They’ve done that through time. First it was by train, then radio, then television and the last great jump was social media.

There’s a new jump on the horizon.  That new jump is going to revolutionize how those running for office get in front of you.  It’s called Glad Ads.

Politicians are always looking
for whats on the cutting edge. Glad Ads is that next step.

We’ve seen everything and heard everything where politicians are concerned.  We’ve even found out that they can target a specific demographics for their campaings on social media.  What that means to you is simple, the message you’ve received is designed specifically for you.  So, what in the world could be new in this area?  Glad Ads.

Glad Ads simply put brings advertising into the 21s century.  It actually uses LEDs to change the picture that you are view when you view it.  They can be used on the backs of motorcycles, billboard signs and windows.   They can even be put on the outside of large buildings and used in different segments.  What that means to you and everyone else is this: the politicans now have the luxuary of putting their political statements anywhere they want.

It also means that when they take this step, no where is safe from them.  They because they can now be seen from miles away.  That’s a huge benifit for the politicians and for their marketing campaigns.

Glad Ads brings
advertising into the 21 Century and beyond.