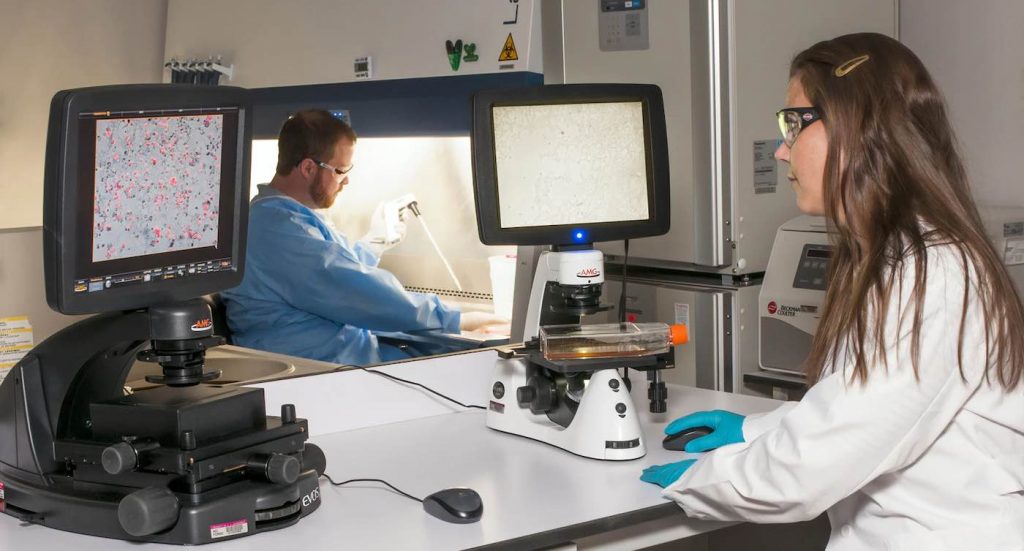 Clinical trials of a new lung cancer treatment has showed unprecedented results in decreasing the risk of death or recurrence from the disease by 89%.

After embarking on phase three trials, the drug Tagrisso’s early results yielded such “overwhelming efficacy” that the independent committee monitoring the trial data has ruled the trial can become unblinded, meaning that both patient and administrator know who has received the drug and who has received placebo.

At two years, 89% of all patients in the trial treated with Tagrisso, also called osimertinib, remained alive and disease free versus 53% on placebo. Consistent disease-free survival results were seen across all subgroups, including patients treated with surgery followed by chemotherapy and those who received surgery only, as well as in Asian and non-Asian patients.

“We are thrilled by the recommendation to unblind the Phase III ADAURA trial much earlier than expected and are incredibly excited with these unprecedented results in patients,” said José Baselga, Executive Vice President in Oncology R&D at AstraZeneca, the developers of Tagrisso. ADAURA is the randomized, double-blinded, global, placebo-controlled Phase III trial of the treatment to suppress secondary tumor formation in 682 patients.

“Lung cancer is a devastating diagnosis and for the first time an EGFR-targeted medicine can now provide the hope of cure.”

Indeed lung cancer is responsible for the most cancer deaths worldwide in both men and women, representing one fifth of all cancer deaths – more than breast, prostate and colorectal cancers combined. 85% of lung cancer are categorized as non-small cell lung cancer (NSCLC), the variety which Tagrisso is designed to treat.

Approximately 10-15% of NSCLC patients in the US and Europe, and 30-40% of patients in Asia have NSCLC tumors with mutations in their epidermal growth factor receptor genes (EGFRm). These patients are particularly sensitive to treatment with Tagrisso, as the drug works as a tyrosine-kinase inhibitor—blocking the growth signals that cause the cancer cells to grow.

Roy S. Herbst, MD, PhD, chief of Medical Oncology at Yale Cancer Center who was chief investigator of the phase three trial data for Tagrisso claimed it would “change the practice of medicine,” also noting that the data was simply “transformative for patients with early-stage EGFR-mutated non-small cell lung cancer who face high rates of recurrence even after successful surgery and subsequent treatment with adjuvant chemotherapy.”

And, this doesn’t represent a far-off cure or a drug just arriving for trials: Tagrisso 40mg and 80mg once-daily oral tablets have now received approval in 80 countries, including the US, Japan, China and the EU, for 1st-line EGFRm advanced NSCLC. (And, it’s approved in 87 countries for 2nd-line use in patients with another kind of NSCLC with a different kind of mutation in the EGFR genes.)

The British-Swedish company says it is “harnessing the power of four scientific platforms—Immuno-Oncology, Tumour Drivers and Resistance, DNA Damage Response and Antibody Drug Conjugates—” to champion the development of personalized combinations, with the vision to “redefine cancer treatment and one day eliminate cancer as a cause of death.”

SHARE the Breath of Good News With Friends on Social Media..