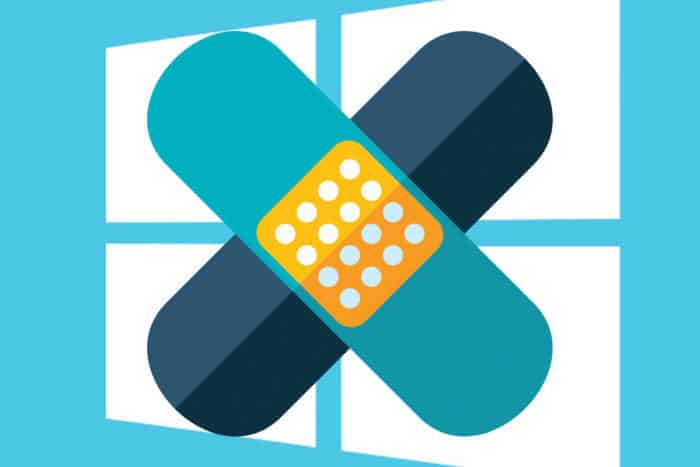 Novemberâ€™s patches initially appeared relatively innocuous, with a few catastrophic problems in 64-bit Office 2010, which is a bit of a standing joke anyway.

As the month melted on, we saw a Win10 version 1803 second cumulative update, KB 4467682, that caused havoc, including blue screens on Surface Book 2 PCs, and customized Start Menu bugs (thx, GÃ¼nter Born). Microsoft yanked it on Dec. 6 â€” no small consolation to those of you who install everything as soon as itâ€™s offered. Or even a week later.

We also saw a reappearance of the Windows 10 September-October-November-December 2018 Update, version 1809. This time, nine weeks after the original release, the new cumulative update seems pretty stable, although Iâ€™m seeing some reports of jiggered sleep states.

Meanwhile, we have an emergency Flash Player update (thank you, Adobe), KB 4471331, released a couple of days ago, that addresses a currently active exploit in the wild. Yes, itâ€™s a December patch. Yes, you should install it now.

Think of it this way. The worst itâ€™ll do is mess up Flash â€” and thatâ€™s doing you a favor.

Like so many other Flash updates, it screams for you to disable and abandon Flash entirely â€” something Iâ€™ve been harping about for years.

The Win10 version 1809 upgrade isnâ€™t being forced yet

If you actually want Win10 version 1809, check your pulse and your IQ, and make sure you install the new December 2018 Servicing Stack Update, KB 4070788, first. That compensates for the fact that the Windows updater isnâ€™t smart enough to update itself first. No, I wonâ€™t point you to the instructions for installing 1809.

Iâ€™m seeing more and more reports about problems with this monthâ€™s .Net patches.

Fuhgeddaboutit. This monthâ€™s .Net patches are all non-security patches, and arenâ€™t worth your time, or the headaches.

Microsoft has a bug in its Win7 Monthly Rollup thatâ€™s been, uh, bugging us since March. If you installed any Win7/Server 2008R2 patches after March and your network connections didnâ€™t go kablooey, youâ€™re almost undoubtedly OK to proceed with this monthâ€™s patches.

On the other hand, if youâ€™ve been waiting to install patches on your Win7 or Server 2008R2 machine, you need to be aware of a bug that Microsoft has acknowledged.

Symptom: There is an issue with Windows and third-party software that is related to a missing file (oem.inf). Because of this issue, after you apply this update, the network interface controller will stop working.

Workaround: 1.To locate the network device, launch devmgmt.msc; it may appear under Other Devices.

2. To automatically rediscover the NIC and install drivers, select Scan for Hardware Changes from the Action menu.

Alternatively, install the drivers for the network device by right-clicking the device and selecting Update. Then select Search automatically for updated driver software or Browse my computer for driver software.

Thatâ€™s a bizarre, convoluted series of steps. Microsoft still hasnâ€™t confirmed which third-party software is at fault, but reports have it that itâ€™s largely a VMware problem. Eight months later, the bugâ€™s still there, still acknowledged, still unfixed.

If youâ€™re worried that installing this monthâ€™s updates will clobber your network interface card, make sure you take a full backup before installing the updates. You can also take @GoneToPlaidâ€™s advice and edit certain registry entries in advance.

Many of Novemberâ€™s updates include a warning like this:

After installing this update, users may not be able to use the Seek Bar in Windows Media Player when playing specific files. This issue does not affect normal playback.

Microsoft is working on a resolution and estimates a solution will be available mid-December 2018.

If you use the Seek Bar in Windows Media Player, perhaps itâ€™s time you look at something much more capable, such as VLC or Plex. But if you absolutely must have the Seek Bar, in WMP, donâ€™t update until next Patch Tuesday.

As I said on Nov 19, the last time it was updated:

@ch100 has offered the only explanation that makes sense to me:

KB4023057 was and still is one of the most weird and unexplained updates in the recent times. This update has never been offered to WSUS, but only to Windows Update. This would indicate that it meant for unmanaged end-users and unmanaged small business users. â€¦

This patch may be harmless, but why it was released and where it actually applies, it is still a mystery.

Itâ€™s most likely associated with the 1809 rollout, although why it didnâ€™t appear in early October when 1809 first raised its ugly head leaves me baffled.

You donâ€™t need it, donâ€™t want it, and if you find it installed, uninstall it. Unless you want to be pushed to 1809 at the earlier opportunity, anyway.

All of this makes right now a very good time to apply Windows and Office patches. Hereâ€™s how to proceed:

Step 1. Make a full system image backup before you install the November patches.

There are plenty of full-image backup products, including at least two good free ones: Macrium Reflect Free and EaseUS Todo Backup. For Win 7 users, If you arenâ€™t making backups regularly, take a look at this thread started by Cybertooth for details. You have good options, both free and not-so-free.

Microsoft is blocking updates to Windows 7 and 8.1 on recent computers. If you are running Windows 7 or 8.1 on a PC thatâ€™s 18 months old or less, follow the instructions in AKB 2000006 or @MrBrianâ€™s summary of @radosuafâ€™s method to make sure you can use Windows Update to get updates applied.

If youâ€™ve already installed any March or later updates, your Network Interface Card should be immune to the latest slings and arrows. But if you havenâ€™t been keeping up on patches, see the discussion in the Network Card bugs section above to protect yourself.

If youâ€™re very concerned about Microsoftâ€™s snooping on you and want to install just security patches, realize that the privacy pathâ€™s getting more difficult. The old â€œGroup Bâ€ â€” security patches only â€” isnâ€™t dead, but itâ€™s no longer within the grasp of typical Windows customers. If you insist on manually installing security patches only, follow the instructions in @PKCanoâ€™s AKB 2000003 and be aware of @MrBrianâ€™s recommendations for hiding any unwanted patches.

For most Windows 7 and 8.1 users, I recommend following AKB 2000004: How to apply the Win7 and 8.1 Monthly Rollups. Realize that some or all of the expected patches for November may not show up or, if they do show up, may not be checked. DON’T CHECK any unchecked patches. Unless you’re very sure of yourself, DON’T GO LOOKING for additional patches. In particular, if you install the November Monthly Rollups, you wonâ€™t need (and probably wonâ€™t see) the concomitant patches for October. Don’t mess with Mother Microsoft.

Watch out for driver updates â€” youâ€™re far better off getting them from a manufacturerâ€™s website.

After youâ€™ve installed the latest Monthly Rollup, if youâ€™re intent on minimizing Microsoftâ€™s snooping, run through the steps in AKB 2000007: Turning off the worst Win7 and 8.1 snooping. If you want to thoroughly cut out the telemetry, see @abbodi86â€™s detailed instructions in AKB 2000012: How To Neutralize Telemetry and Sustain Windows 7 and 8.1 Monthly Rollup Model.

Realize that we donâ€™t know what information Microsoft collects on Window 7 and 8.1 machines. But Iâ€™m starting to believe that information pushed to Microsoftâ€™s servers for Win7 owners is nearing equality to that pushed in Win10.

If youâ€™re running Win10 version 1709, or version 1803 (my current preference), you definitely want to block the forced upgrade to Win10 1809. Donâ€™t get caught flat-footed: Although it looks like we’re clear right now, Microsoft may decide to push 1809 again with little or no notice. Follow the advice in How to block the Windows 10 October 2018 Update, version 1809, from installing. Of course, all bets are off if Microsoft, uh, forgets to honor its own settings.

Those of you who run Win10 Pro and followed my â€œnew tacticâ€ advice last monthÂ â€” to set â€œquality updateâ€ (cumulative update) deferrals to 15 days â€” donâ€™t need to do anything. Your machine got updated last week, and should be working fine. Donâ€™t touch a thing.

For the rest of you, including those of you stuck with Win10 Home, go through the steps in “8 steps to install Windows 10 patches like a pro.” Note that clicking â€œCheck for updatesâ€ in Step 6 wonâ€™t cause undue heartache at this point: the â€œseekerâ€ Win10 1709 cumulative update is working fine; the second Win10 1803 cumulative update has been pulled; the second cumulative update for Win10 1809 (released in December) may actually help; and Microsoft isnâ€™t yet forcing an upgrade to 1809 on Win10 1709 or 1803 seekers. Surely a temporary calm before the usual patching storm.

You can use the wushowhide procedure in the â€œ8 stepsâ€ explanation to block KB 4023057 â€” a patch you definitely donâ€™t want.

For those of you running Win10 Pro, I suggest you follow the instructions in Step 7, but leave your advanced setup settings like the ones shown in the screenshot.

Windows patching has turned into a game of whack-a-mole. Make sure youâ€™re the one with the mallet.

Thanks to the dozens of volunteers on AskWoody who contribute mightily, especially @sb, @PKCano, @abbodi86, @gborn, @GoneToPlaid, @Cybertooth and @MrBrian.

Weâ€™ve moved to MS-DEFCON 4 on the AskWoody Lounge.