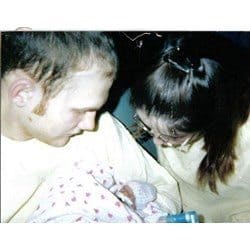 NICU Babies needs a lot of intense caring around the clock by special nurses. Premature babies who needs intensive medical attention and moved to a special area of the hospital called the NICU. NICU combines with special advance technology and trained nurses who specializes care for the tiniest babies. NICU do have babies who are not as sick but needs specialize nursing care. Hospitals who do not have NICU care the babies to a hospital that provides this unit.
Ten to fifteen percent of all newborn babies may require special care in the NICU, and giving birth to a premature baby quite devastating and quite unexpectedness for any parents. The unfamiliar sounds, sights and equipment that are in the NICU can be overwhelming for parents. Most babies born before thirty-seven weeks of pregnancy have low birth weight, less than 5 lbs or have a severe medical condition needs special care. Thirteen percent babies are born premature and majority of these babies are born with low birth weight.
I have never visit inside of a NICU until the day our daughter went into early labor and delivered our granddaughter who was born early than thirty-seven weeks. She weighed under a pound and born on December 24, 2001 and died thirteen days later. The doctor’s suggested it be in her best interest to remove our granddaughter from her life support for the doctor’s have done all they could to keep her a live. Within these thirteen days her living, I was amazed how she tried to fight and gave it all she had to live. With her being born to early and low birth weight she was undeveloped, her lungs, all her other organs. On the thirteen day which was on a Sunday morning, blood started traveling to her brain and that was it where the doctor’s had to make a decision so he called the whole family in to discuss our granddaughter’s care and removing her from life support. It was a hard decision to make. Granddaughter’s mother looked at me and her dad and asked, what she would do and for the first time, we didn’t have the right answer for her. We would support her whatever she chose to do. Daughter said, I can remember, “Mom, she didn’t ask to be born or deserve to live as a vegetable, daughter gave permission to remove her first and only daughter from her life support. Before removing her life support, the caring nurse administered morphine in her IV so our granddaughter would not have no pain. Slowly one by one her caring nurse started removing the plugs while my daughter held our granddaughter tightly in her arms and saying good-bye. We all got to hold her and say good-bye. While in my arms I whispered these words in her tiny ear; Korbyn, baby is okay to go home now and although she did not have full vision she looked straight into my eyes and I felt she was saying, thank you grandma for letting me go. She lived for 15 minutes after all her life support was removed from her. When she taken her last final breath, my husband and I walked over to the window where the pastor was standing and we noticed the first snow started to fall. That is when I looked at my husband and said to him, God sign to tell us she is okay and God took and Angel home.
All I know the thirteen days that God allow us with her we are very thankful. We got to know her and talk to her and make thirteen precious days of memories. Daughter was given a precious moments box that would be a keepsake of granddaughter’s lock of her hair, blanket, the plugs, diaper and footprints and a photo. In the Memory of my granddaughter, I done a fund raising and was able to donate blanket’s to the NICU to place in the precious moment memory box. Premature babies are small package filled with love and tiny package of memories. Saying good-bye was the hardest words to say and daughter going home empty handed.