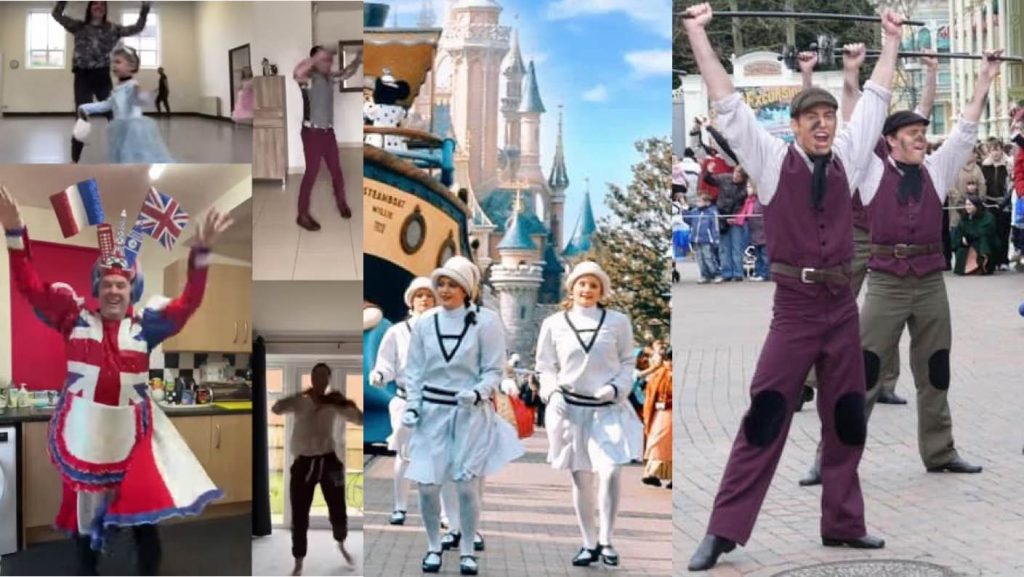 It’s been 14 years since the final performance—but now 160 former Disneyland Paris cast members living all over the world have dusted off their dancing shoes in quarantine to present, one more time, The Wonderful World of Disney Parade.

Three weeks ago, Mat Davies was sitting at home, having exhausted Netflix and Disney Plus, looking for the next thing to pass away the time.

“Seeing photos of me dancing in the parade with so many great people, I decided to set up a Facebook group to see if there would be any interest in creating a lockdown version of ‘The Wonderful World of Disney Parade’ which ran at Disneyland Paris from 1998 to 2007.”

After initially contacting about 80 people, there seemed to be some interest and the group began to grow in membership. Today, the group has over 1,200 members, all of them former Disneyland-Paris parade performers reliving happy memories, sharing stories and photos, and reconnecting with old friends.

“Some of them haven’t seen or spoken to each other in almost 20 years!”

One member said, “This was the group that none of us knew we needed.”

Over 160 videos were sent in to Mat for him to expertly compile them into a single spectacular virtual parade.

They all knew the choreography of the same dance because the parade song, Dancin’ A Catchy Rhythm, was played throughout the park on loudspeakers, so no matter which parade float you were accompanying—Mary Poppins, Micky Mouse, or Aladdin—all the chimney sweeps, sailors, and genies were on the same beat.

See a clip of the original parade, and continue reading below…

One of the new videos was sent in by dancer David Mitchell from his home in Brighton, England. You can see him near the beginning (and later on) waltzing elegantly with a female partner who looks like she, too, had performed the moves hundreds of times. Had they met at Disneyland?

Yes, Alice and David originally met as cast members at the theme park in 2006, but he left soon afterward. Coincidentally, both ended up back at Disneyland Paris four years later, where they fell in love while working together again in the parade department.

“We were really lucky, as Alice and I got to perform together again in this video for the first time since 2013, which brought back lots of amazing memories.”

“This group is a big family who had lost touch and, thanks to Mat, he has brought us all together. Literally people are now chatting everyday to each other. It is so lovely to see and I feel so honored to be part of this special family.”

POPULAR: Musician Uses Truck Bed to Play Drive-By Concerts for Friends in Quarantine – and the Video is Incredibly Heartwarming