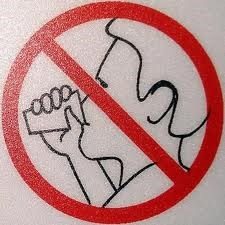 So Edmonton, Alberta has gone from the city that was compared to Vancouver, British Columbia because of its population and how big and beautiful it is. This year we have hit our 42nd homicide of the year. What is happening to our city? What is causing people to act this way? I’ll tell you why. It’s because of drugs and alcohol! The legal drinking age here is 18. I think that’s pretty sad! Most of the commited crimes here were people who were under the influence. Most of the people who commited these crimes are all under the ages of 30! They say that were getting worse than Detroit. They also say they want to make changes for our community so people can feel safe. Our population has gone down because nobody wants to live in the city of homicides! I’d like to be one of those people, but unfortunately, it’s not that simple. Personally, I blame it on the law! If we raised the drinking to age, to say like 25? I think we’d start seeing some changes here. Also, liquor stores that are open till midnight and 2 AM could be another reason why our community does not feel safe. I’m sick and tired of listening to everyone complain about these problems when they could be easily resolved!! If we all worked together, and agreed to some legal changes, we could see a difference. Maybe not a very big difference, but it would be a start! Some of these neighbourhoods where these homicides occured were in areas of which our younger generations go to school, or go to work. Their are families all over. These kids deserve to feel safe! Why should liquor stores allowed to be open that late? Just to make money off of people’s alcohol addiction. Most of the people that drink can’t even handle their alcohol either! They’re a totally different person when they are under the influence. Innocent people are being killed for no reasons at all. If this doesn’t stop, Edmonton will soon be called “deadmonton”, and when people look up this city to see reviews on the communities and businesses, they don’t want to see that this place is sin ity. They want to know if it’s safe, especially for families! Also, this doesn’t look very good to our younger generation! We depend on our children and our youth because they are our future. We need to show them the best ways of living and being humble. If we keep this all up, just imagine how Edmonton is going to look 5 or 10 years from now? Something to think about!